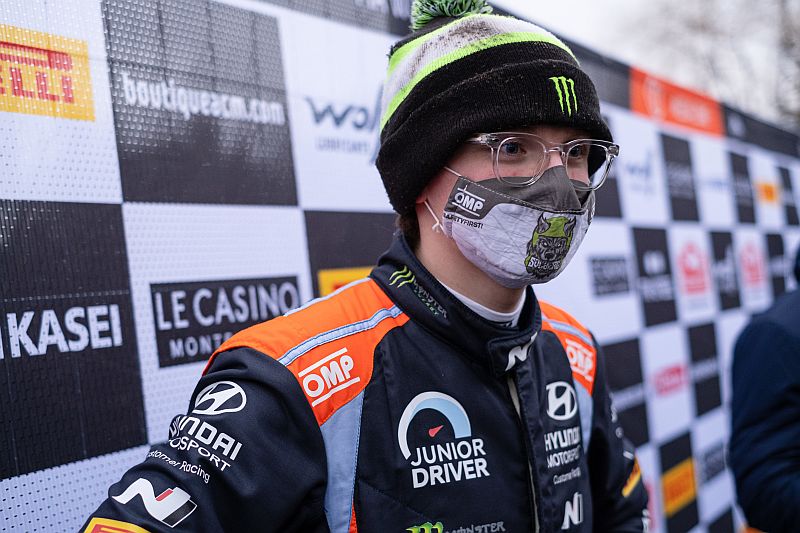 Having signed with the Hyundai squad for 2020, the son of legendary 3-tim FIA World Champion will swop his R5 run machinery, raced in Monte Carlo, for a full-spec World Rally Championship car.

With the Swedish round traditionally known as the second WRC round every year, the COVID-19 pandemic has rendered the round to be cancelled. This means that the first-ever Arctic Lapland round will play host to the snowy surfaces of the second round.

While Oliver Solberg has only competed in one WRC 2 round for the Korean squad thus far, he will now take over the steering wheel of a WRC car on very familiar terrain and can hopefully help to fight the Toyota Gazoo Racing squad, who finished the Monte Carlo rally with a 1-2 finish.

While Peter Solberg won the WRC for Subaru in 2003 and the World Rallycross Championship in 2014 and 2015, it was his son who recently stepped into the limelight, astonishing the rallying world with his pure talent.

Joining him in the car will be Aaron Johnston, as they take on the snowy Finnish roads. However, being born in Norway and having competed on the snowy surface in the early 2021 Finnish championship round, Solberg is by no means a stranger to these surfaces.

Entering as the fourth WRC-specified Hyundai, Solberg and Johnston will attack both Ford and Toyota, together with the three other i20’s of Thierry Neuville / Martjin Wydaeghe, Craig Breen / Paul Nagle and the 2019 Champion, Ott Tänak / Martin Järveoja.

While it will be their first WRC round in the highest class, Solberg will race with caution, whilst measuring himself against his more experienced teammates.

Oliver Solberg said: “The first thing is for me to say a very big thank you to Hyundai Motorsport for giving me this opportunity to gain experience and for putting their trust in me to drive this rally in the Hyundai i20 Coupe WRC. I’m counting down the minutes until I get to sit in this fantastic car for the first time. This really is a dream to be making my debut in a World Rally Car with the reigning manufacturers’ champions! I have driven quite a lot on the snow, and I know this type of condition quite well, but the car is completely new for me. The only target for me in Lapland is to learn and take the experience. I want to come out of every stage understanding the Hyundai i20 Coupe WRC more than when I started it.”