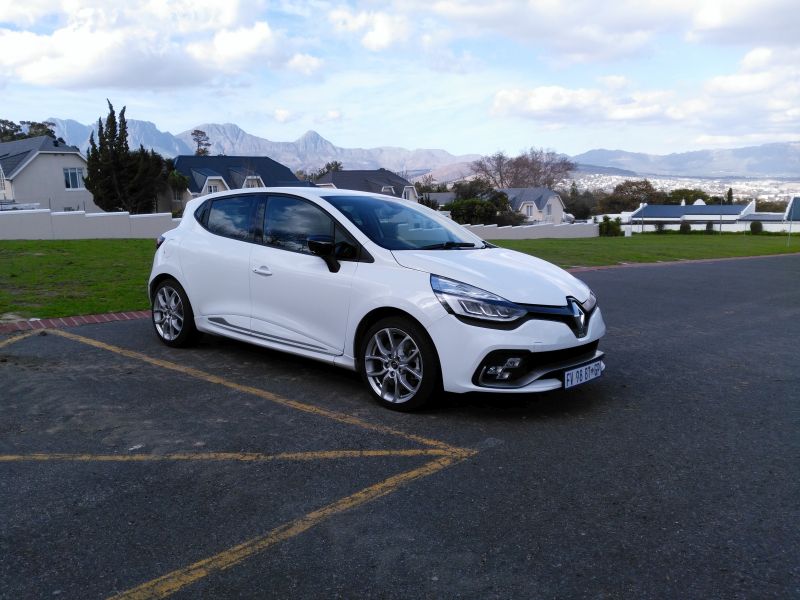 What you need to know: Renault’s fourth-generation Clio arrived with new technology, great prices and fantastic looks – its fame was short-lived though because it hit a few wobblies with quality and servicing. RS stands for “RenaultSport” and is the hot-hatch model for battling Polo and 208 GTi’s.

Only available as an automatic, Renault calls this an EDC = Efficient Dual Clutch. And let’s not beat around the bush here, except in a few crawling commutes, everyone at NamWheels wanted a manual box of cogs in this car. Sure, the Polo GTi is also available with a DSG (dual clutch auto) but this EDC is nowhere near as good.

Some more facts: Its 1.6L turbo-petrol four-pot has lots of oomph (147kW/200hp), the steering is joyfully direct and suspension borderline solid. That means extreme discomfort on bumpy roads but flat and furious cornering. The boomy exhaust and engine noises won’t be to everyone’s tastes.

What we loved: Find a winding country road, press the RS button and paw through some gears on the big shift paddles – the Clio RS will delight you. We also gave top marks to the racy front seats, excellent LED lights, hatchback versatility and boy-racer screens of the R-Link infotainment system.

Watch out for: The loudspeakers are from 1984, they sound terribly flat and uninspiring. Renault’s controls for sound and cruise are completely incomprehensible to the uninitiated. Slow traffic and/or steep inclines will flummox the dual-clutch gearbox and its (claimed) fuel use of 5.9L/100km is ox manure. We averaged nine.

Why you’ll want one: Because… um, Volkswagen and Peugeot are out of stock at this moment? Maybe you’re a big Renault fan and already own other French vehicles and even like the shotgun dashboard layout? Whatever the case may be, a Clio RS is good looking, fun to spank but disappointing to commute in.