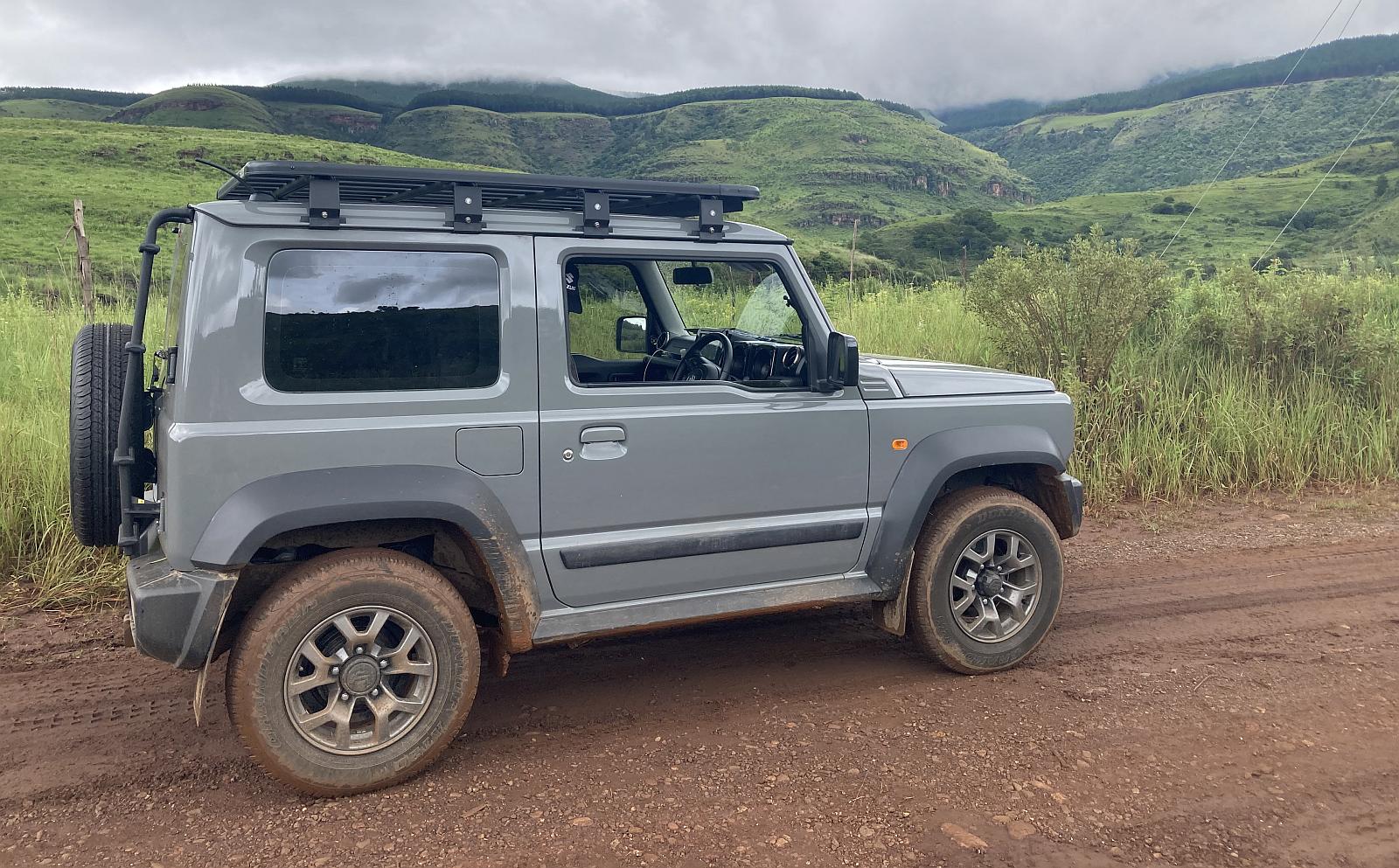 When Suzuki launched their new Jimny JB74 model in the picturesque highveld region, back in 2018, it became my dream to own one of these small “do-it-all” vehicles. Fast forward to 2022, and our eyes were set on an extensive road trip, covering some 5500km, from the Southern point of South Africa to the Northern, and Eastern parts of the country. Our journey took as back to the location where I fell in love with the JB74, as well as towards Clarens, the town which is set to host the #JimnyGathering in September 2023.

Crossing six provincial borders in two weeks, and multiple different road conditions, our trusty Jimny (named “Gandalf”) never had a puncture and never had any mechanical problems. Faced by the relentless Magashule road artwork (potholes, in case you were wondering), as well as the challenging mud roads (after severe thunderstorms) of Mpumulanga and the Transkei, the Jimny did not once struggle. Due to its lightness, it simply slid through the muddy terrains.

One the eve of our departure, the Jimny was packed to the roof with luggage, while the Eezi-awn K9 roof rack, and two 10-litre jerry cans were kept on standby. Neither were used during our trip. With good prior planning, and sufficient gaming time logged on Tetris, the Jimny can be the ideal vehicle for two people.

We even met fellow Jimny owners on our route, travelling with up to three people. In the latter case, an extra roof box on the roof rack might be required.

Note that our Jimny still has a stock suspension, and stock tyres (Dunlop Grandtrek AT20), with the addition of the Eezi-Awn K9 roof rack).

Another reason to not exceed 120km/h (apart from the legal speed limit itself), is that the standard suspension might allow for some body roll, especially in strong winds. This is because the stock suspension consists of a solid front axle, which gives the Jimny more freedom off road, but somewhat compromises the on-road handling.

Nether the less, activating the cruise control on our GLX model at 110km/h proved to be the winning recipe.

There is something about the Jimny, which makes you calm. Realising that this is predominantly a left-lane vehicle, and allowing hasty non law-abiding citizens to pass on the open road, will make the road trip more relaxing. This is exactly what a road trip should be about.

This brings us to our second point…

The cult-following is real

Something I noticed upon first receiving a Jimny test model, was that all Jimny owners (never mind the generation) would wave at one another, whilst flashing their headlights. At first, I thought this to be a method of instructing passers-by of upcoming hazards, but I was quick to learn that this was just one of the many #JimnyRules.

Passing other Jimnies on the road is always a happy occasion and helps to lighten the mood and shorten the road. I imagine Jimny owners as a bunch of Labrador dogs at a pool, as the following giff shows.

Towards Hazyview, via Clarens

Our initial route took us from Cape Town to the beautiful little Free state town of Clarens and presented us with the opportunity to test our route for the 2023 #JimnyGathering. This event will take place in Clarens between 21 and 24 September and will bid to break the world record of most Jimnies in one central location. Imagine the above gif, only with a MUCH bigger pool and hundreds, if not thousands of Labradors. During our travels, I found it a common farewell between two Jimny owners to say: “See you at the gathering next year.”

Be prepared for the hashtags of #JimnyGathering and #JimnyParkingRules to trend on the socials during this period.

From Clarens, our route took us to one of the natural beauties of South Africa; Mpumalanga. The sub-tropical forests of the Panorama route is not only one of the country’s natural treasures, but also the place where Suzuki decided to showcase the true capabilities of the JB74 in 2018.

Once again, our Jimny astounded us as we took unmapped gravel routes. Unfortunately, due to the severe thunderstorms in the area, the gravel roads quickly turned into deep muddy trenches. With the car packed to the brim, our tires never deflated (from a bulging 2.5 bar), and the roads filled with livestock, our stress levels ran high. Yet, the Jimny simply slid through the mud in two-wheel drive.

From there, our route took us through another rural treasure of South Africa, namely the former Transkei and Ciskei Bantustan regions. Whilst normal cars were said to be able to cover the tarmac pothole paradise to Coffee Bay, our host offered the services of his trusty 4×4 bakkie take us to the astonishly beautiful hilltop. These services were never required as our Jimny took us right to our doorstep. After several more thunderstorms, we once again had to find our way down this hill. While this short section required us to engage into 4H, 4L and Hill Descent Control, the car never hesitated.

Out of a total 5500km, this was the only 7km section, where four-wheel drive was required.

Essentially, we were looking for a no-nonsense, go-anywhere, and fuel-efficient vehicle for two. This is exactly what the Jimny is for. A vehicle, where camping gear can easily be thrown into the back, and a gravel route guide be used, instead of the “play it safe” Google Map application.

Sure, an affordable rental car may be able to take you through the potholes to Coffee Bay, but the Jimny will take you to the highest hill without hesitation.