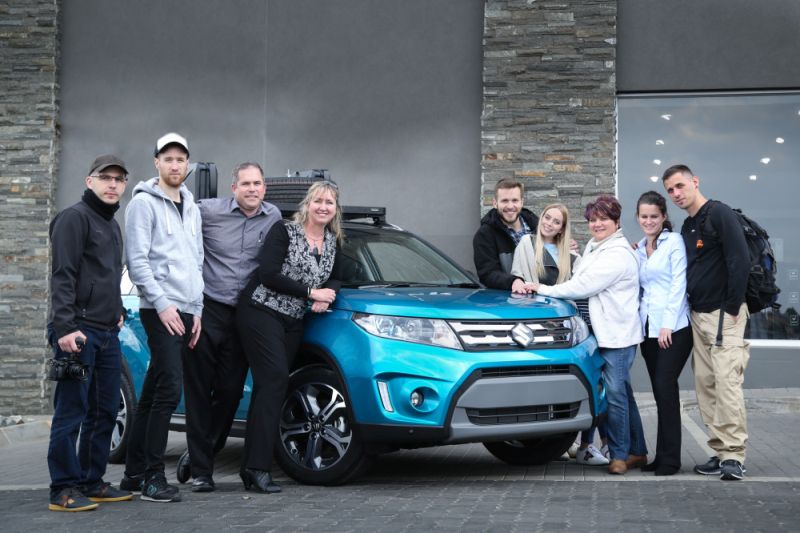 On Wednesday morning at the crack of dawn, Suzuki South Africa waved off a group of intrepid explorers on an epic 4 000 km road trip to Mount Elgon in Kenya.

The explorers all hail from Hungary and have travelled to South Africa to film an eight-episode TV series on Hungarian people and products across the world. For this trip, the team will visit Swaziland, South Africa, Namibia, Botswana, Zambia, Mozambique, Malawi and Tanzania before reaching Kenya.

In support of this adventure, Suzuki has made two Suzuki Vitara GLX AllGrip models available. The Vitara is manufactured at Suzuki’s Magyar plant in Hungary so it’s the ideal adventure vehicle for this series.

“We were approached by our colleagues in Hungary and immediately agreed to support the adventurers. Team Suzuki is always up for an adventure, and we welcome an opportunity to showcase what the new Vitara can do off the beaten track,” says Charl Grobler, marketing manager at Suzuki South Africa.

The Suzuki Vitara was launched in South Africa in 2015 and has since become a top seller for the company. In 2017, the public and judges of the Cars Awards selected the Vitara as their top Compact Family Car. It won this category again in 2018.

The GLX-version of the Vitara features all-wheel drive and luxuries such as automatic headlights and wipers, climate control and a panoramic sunroof.

For this trip, the two Suzuki Vitara models – one painted in Atlantic Turquoise and the other Bright Red – have been left unmodified, save for a few accessories from off-road specialists, Front Runner. Each vehicle has been fitted with a Front Runner roof rack with an additional spare tyre and jerry cans for extra fuel. 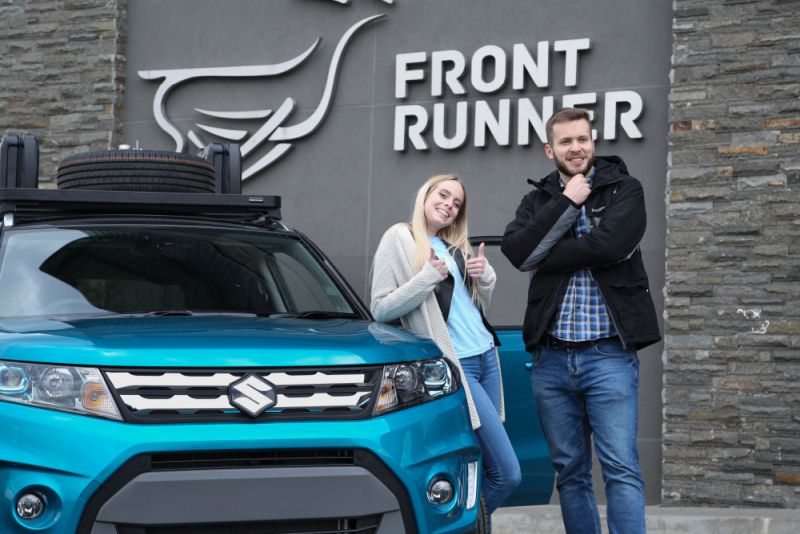 “Front Runner is well-known for equipping off-road vehicles for serious overlanding expeditions. Over time, we have expanded our range of products to include lifestyle SUVs as well, and we are very proud of this partnership with Suzuki Auto,” says Jaco Nel, sales manager for Front Runner.

“Our aim is to find interesting people, places and stories from the large Hungarian diaspora across the world. For our first season, we travelled through Asia, from Moscow to Bangkok and for the next one, we decided to dig up interesting stories in Africa,” says Kurucz.

Kurucz says that the team insisted on using the Vitara for their trip, because of its Hungarian origins. The Magyar plant is the sole source for Suzuki Vitara models in left- and right-hand drive. Before this, they built the SX4 and Swift, including the iconic three-door Swift Sport.

Since starting production on the new Vitara, Suzuki’s Hungarian plant has increased production volumes from 50 000 units to over 160 000 units a year. At the same time, Suzuki has set new sales records in Hungary, like it did in South Africa in 2016 and 2017.

Suzuki will track the Hungarian team’s progress and report back on its social channels, including facebook.com/SuzukiAutoSA and Suzuki_ZA on Twitter.