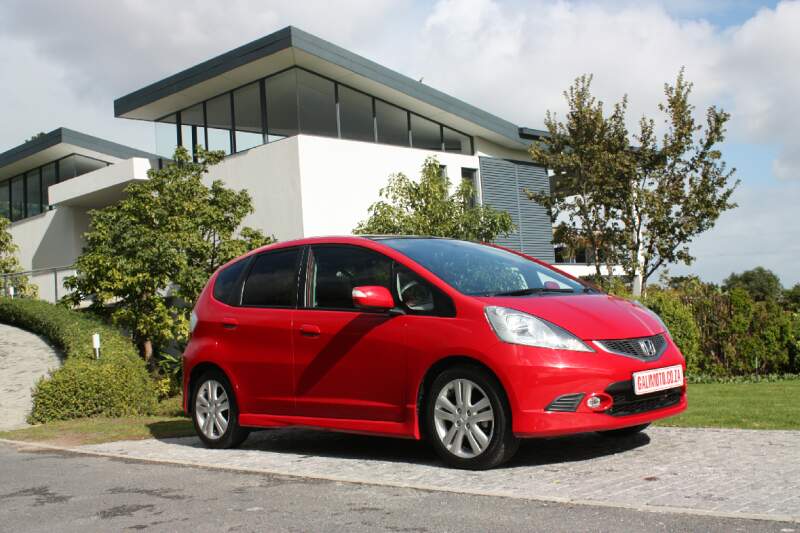 One of the best feelings in life is having your expectations met. Or bettered. The previous generation Honda Jazz (in 1.5 VTEC manual guise) managed to escape my semi-skilled clutches with only its digital clock setting in ruins. The rest of the car was worth every cent of its rather steep asking price.

My reaction to being handed the key of a new 2010 Honda Jazz EX-S 1.5 VTEC were akin to someone discovering a sequel to one of their favourite movies. Excitement mixed with trepidation and fear that they hopefully didn’t bottle the follow-up to such a great little car.

In order to dismiss said fears I’m armed with detailed specifications of oldie and newbie which I shall now hurl at you in what I hope to be an easily comprehensible fashion. The new car is 65mm longer but still only 3.9m from nose to tail, 20mm wider, 95kg heavier, an identical 1.5m high, and 10mm higher off the ground.

The new engine is 1ccm bigger, 0.4:1 tighter, identical in bore and stroke, same for its VTEC variable 16-valve gear, and grew 7kW worth of muscle to produce 88kW or 120hp to counter the extra weight of its bigger and slightly sleeker body. Torque increases by 2Nm to 145 at an identical 4 800rpm.

Unfortunately its turning radius has increased by 1.06m to 10.46, but at 3.29 turns lock-to-lock its steering tightens by 0.42 turns. Jazz retains a 42L fuel tank and the new car will happily live with an average of 6.4L/100km – the exact figure that smiled at me from its multifunction display.

Thanks to its extra oomph, the new 1.5 Jazz will eventually reach 189km/h (a respectable 14km/h improvement) and deal with the 0-100km/h sprint in 9.5 seconds. We measured a GPS best figure of 10.3 with half a tank of fuel so that seems plausible; considering the lack of traction control.

The crisp 5-speed manual gearbox sends plenty of power and surprising torque to the front wheels and (much like oldie) exploits the Jazz’ zingy and eager 1500 engine. Peak power is reached 800rpm higher at 6 600rpm, 100 short of its redline which you WILL hit eventually – that’s how lively this engine is.

At 120km/h the Jazz glides along our highways with ease, registering a rather high 3 800rpm in fifth. Fuel consumption is not negatively affected; the motor isn’t overly noisy and will obviously charge forward with verve when provoked. Third gear even reaches 140km/h and the willing little Honda will thank you for it.

New Jazz also shines with superb ABS brakes (albeit drums at the back), electronic brake-force distribution (EBD) and something new called EBA. Good, whatever that is. New Jazz’ slightly longer wheelbase hides updated rear suspension which translates into rather firm but confidence-inspiring road manners.

A sports car it isn’t, but thanks to its feather-light steering and pedals the new Honda Jazz picks up where its forefather left off in that it is an absolute joy to zip around town with. Despite looking decidedly top-heavy, its excellent Bridgestone Potenza tyres only let go to the tune of safe and predictable under-steer.

Passenger safety is also improved on with an immobiliser AND alarm, 2 more airbags (totalling 6) and under-the-skin improvements which awarded the new car that last remaining shiner for a full 5-star Euro NCAP crash test rating.

The Jazz EX-S’ sound system understands RDS radio, mp3 CD’s and any compatible device you present to its AUX/USB socket. A slight criticism it inherited from its ancestor is that the audio and ventilation layout (indeed, most of the dashboard) is distinctly different and, um, playful.

It’s clever and modern, but not necessarily intuitive. Far from it actually, much like the steering-mounted track and volume buttons. Then again, perhaps a little practical joke may be excused when considering the remaining Jazz interior. Although its boot shrunk slightly, the new car also features remarkable room and versatility for a car of this size.

Fold the rear 60/40 split seats and the resulting floor space is flat as a millpond, something most cars don’t manage. I did pick up a small rattle from the parcel shelf but our fire engine red Jazz did report for duty with 17 000km of hard press duty under its belt.

A Honda Jazz EX-S costs N$206 900 and includes a 3-year 100 000km warranty, plus 1-year roadside assistance and a 4-year 60 000km service plan. There are cheaper options but I fear they will lack the fizz and clever packaging of this evergreen. The sequel is a resounding success.