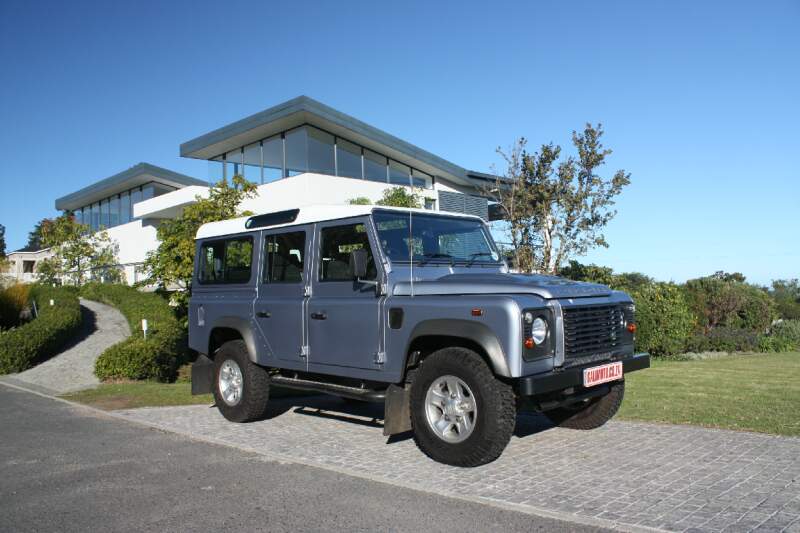 As per usual, I’m launching straight into a confession with this week’s review of the Land-Rover Defender 110: I actually own a Defender.  I encouraged colleagues to write about the boxy Brit but somehow everyone was busy, thus I’ll try to be as objective and rational as possible.

First off, I’ve been telling people for years that Defenders are the automotive equivalents of Harley-Davidsons. They are motorised dinosaurs that haven’t changed much in decades; slow, noisy, leaky, hated by everyone else and worshipped by their owners.

If you dislike or misunderstand Defenders, they are the worst cars on the face of our planet. Feel free to page over and read something else. But if you (like me) have an inexplicable attraction to its aluminium panels, nothing else will do. Nothing.

Let them tease about panel gaps you can see from space, because I have some bad news for the haters. In my 33 years with Land-Rovers, I’ve only ever broken down twice. By comparison, I’ve broken down twice as often in a fancy German make of car.

I do have to add that all Defenders I’ve piloted up to now have never been in perfect working order; something is always broken and its repair will set off the next (usually electric) malady. This allows you to tinker with, let’s be honest, the world’s biggest toy for fully grown adults.

And just like a Harley, no two Defenders are ever alike. Not just because of their questionable construction, because the owners immediately start modifying and accessorising their new Tonka truck. I hope these few paragraphs help to explain what a Land-Rover Defender is.

It’s a big, unsophisticated tool. It honours one purpose and completely ignores the rest, like a huge wrench. And despite the addition of air-con, ABS, traction control and a CD/radio with AUX socket, it still remains a big, uncomplicated spanner. Options include electric windows, alarm and remote central locking.

European legislation and new Indian owners equipped the Defender with these silly trinkets and a new 2.4-litre 90kW (122hp), 360Nm turbo-diesel motor. I fear that before the bunny huggers inevitably kill off the pedestrian- and passenger-unfriendly behemoth, its new motor’s insistence on 50ppm juice probably will.

This means you’ll have to fit extra tanks and plan your next African safari verrry carefully. The first task will be welcomed by Landy owners, the second won’t. Defenders don’t belong in cities, they barely fit into parking bays or garages and are, here it comes, absolutely terrible to drive on tarmac.

For starters, there’s no room for your right arm or left leg. The steering wheel’s too big and isn’t adjustable. The engine is almost as noisy as the chunky tyres, it’s unbelievably slow, the clutch is hard, the gearing’s too short for traffic, rear visibility is atrocious and its turning radius and waterproofing are akin to those of the Titanic.

This latest version offers a 60/40 split rear bench, two extra seats in the back, side steps, a clever cubby box, exposed metal, hinges and bolts for you to experiment with, rubber mats and carpets for hosing down, almost two meters and 1.5 tons of cargo capacity, and a drop-plate tow-bar with 3.5 ton towing ability.

Handling and braking are downright scary, ride comfort is barely acceptable, the interior seems unfinished, it jiggles and sways about a lot, has severe drive-train shunt, only one airbag and a very weak roof, the fuel consumption is ok-ish (11L/100km claimed) and its optimum cruising speed is about 110km/h.

However. The Defender has great ground clearance, fantastic approach and departure angles, solid axles, a steel chassis and bumper, centre diff-lock, twelve forward and two reverse gears. I won’t claim that it’s the world’s best 4x4xfar, but with an experienced driver it will prove to be almost unstoppable off-road.

Yank the blunt lever and a mechanical wonder happens. One of the world’s worst cars becomes one of the best bundu bashers. Whining metal pairs up with incredible wheel articulation to offer you absurd traction and hours of dirty fun. And suddenly you don’t care about your right arm.

Whoops. Perhaps I wasn’t rational after all but this is the Defender’s true calling, and one of the reasons I bought one. Its stubborn character and one-sided attitude makes me laugh like a ten-year-old boy and serves as a giant reset button for my automotive perceptions between test vehicles.

Added to that, other Defender owners greet you, nobody ever cuts you off and you can open a beer on a door lock hinge. Starting at N$369,995, the Defender 110 is a truly awful car that, for a select few, is also the biggest and most expensive toy they will ever own.