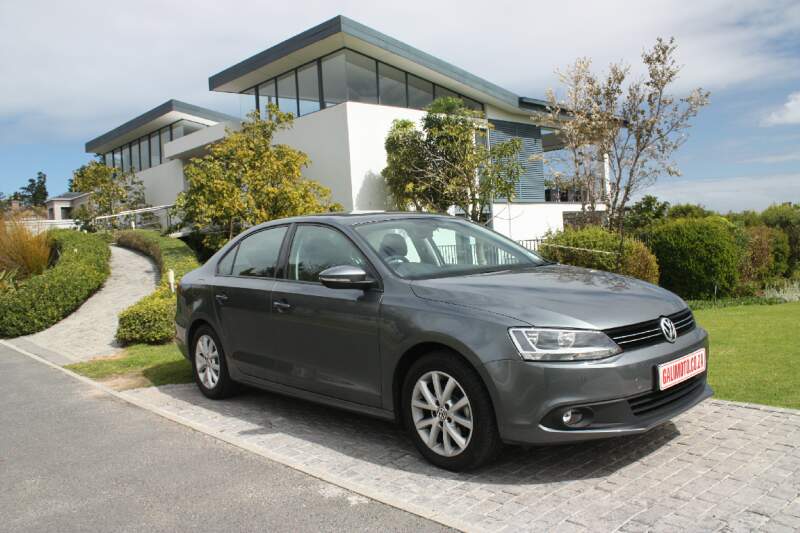 A few weeks ago I tested the Volkswagen Passat and described it as agreeable but misunderstood, mostly because it was too close to a Jetta in size and execution. And wouldn’t you know it, last week a new gen-six Jetta 1.6 TDI Comfortline knocked on my door.

Volkswagen’s new design language brings consistency and unity to their models but I find it hard to distinguish between various models nowadays. The oven-fresh Jetta features that taught, aggressive Vee-Double-You face but, especially at speed, requires a double take to identify it properly.

Clear plastic and matt black headlight arrangements are just as sensible and classy as the gloss black grill with two chrome strips. Jetta’s side profile is marked by a pronounced crease which runs into the simple, slightly Audi-ish rear end with modern light clusters.

Some may call it boring, I would call it conservative. This Volksie will age better than some of its newfangled, look-what-we-just-did, flame-surfaced rivals. And the interior is even worse, uhh, better. It’s black. It’s sober. It’s sophisticated. It’s solid. It’s not boring, it’s German.

Added to its acceptable base price of N$259,500, desirable options like these will quickly see your final invoice nudging 300k. That’s also very German. The sculpted leather seats and their (front) heaters got lots of praise while I found the parking aid to be annoying and (occasionally) shining by alarming absence.

The choice of extra goodies, much like the car itself, is obviously a matter of taste and completely up to you. However, I would persuade potential punters to load up their 1.6 TDI Comfortline as they’ll be spending lots of time in it and saving bucket-loads of cash at the pumps.

The new crop of tiny turbo-Diesel engines is amazingly eager and super sparing. You won’t find much joy under 1,500rpm or beyond 3,500rpm although it will hammer close to 5,000rpm if you decide to point the Jetta into oncoming traffic for an overtaking manoeuvre.

These attempts will have to be well planned – the 1.6 TDI is not a fast car. Instead, it delivers smooth performance at a relaxed pace. The crisp manual gearbox may only have five gears but the ratios are well stacked and digitally suggested so a sixth cog might prove pointless here.

Faced with a weekend of lacklustre urge and slow progress, I resorted to testing the Jetta’s fuel consumption and driving comfort. It aced both of them. After hours of extremely careful driving and visiting half the people on my Google Plus, the 55L tank was still ¾ full.

Average consumption was 4.2L/100km and my alleged range would’ve added up to just over 1,300km. I have to mention that I was severely hypermiling (read: crawling) but much to my surprise, I didn’t hold up many other road users and mostly achieved posted speed limits.

Which brings me to a random realisation: although our roads aren’t as clogged as those overseas, one barely gets the chance to go full throttle. In all probability, your morning commute features few empty airfields and many miles of bumper-to-bumper traffic lights.

In which case, the Jetta’s superb interior and comfortable ride will be almost as welcome as its ridiculously low fuel consumption. My only criticisms after a week were that it could’ve done with standard Bluetooth connectivity (N$2,500 option) and a start/stop system for even cheaper motoring.

Its performance and appearance meant that it passed through my hands without major attention or even a single greasy hand-print on its driver window. The wheels could’ve been bigger to fill out those arches better, but then the smooth ride might’ve been compromised.

Other than that, I struggle to think of anything else worth complaining about. It’s easy and relaxing to drive (DSG also available), and feels more mature than most rivals in this price class. New Jetta also features a 510L boot with 60/40 split rear seats and is sold with a 3-year/120,000km warranty and 5-year/90,000km service plan.