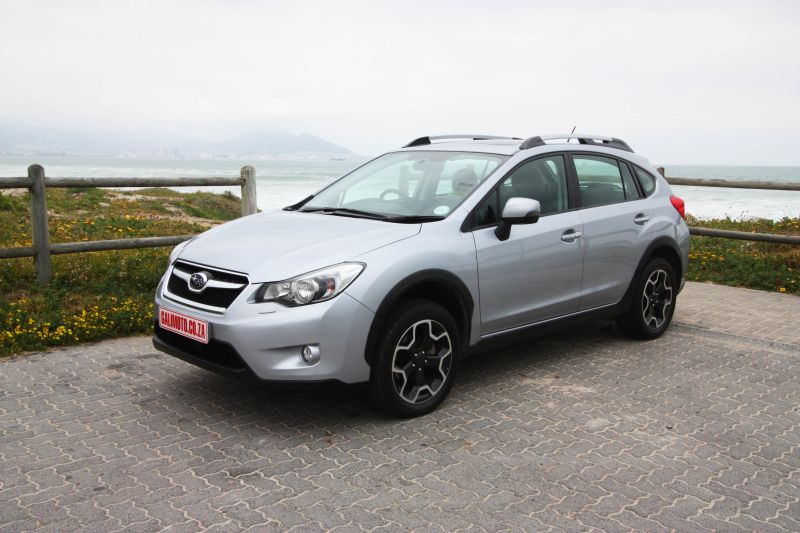 I am somewhat cynical about driving supposed ‘crossover’ SUV-type cars. Too often, I have been left feeling somewhat deflated as far as their performance is concerned, especially once you leave the tar. So it was with little enthusiasm that I received the keys to Subaru’s XV to try it out. Happily, a few surprises lay in store for me.

Initially, it took me a little bit of driving to get used to the Lineartronic CVT (Continuously Variable Transmission) gearbox. With no discernable gear ratios, the car revs relatively freely when you put your foot down as the computer takes a short while to determine the ideal ratio for the speed you desire. The upside of such a transmission is that the fuel efficiency in the XV is well worth mentioning.

Despite the relatively old-school 2-litre Boxer engine, a week of varied driving gave an average fuel consumption of only 8.4L/100km (Subaru claim 7.9). I put this down largely to the transmission which, when driving in fully automatic, kept the revs at a consistent 1500 – 2000. When using the manual shift or optional paddle-shift, the computer automatically assigns gear ratios to mimic a 6-speed gearbox, giving the driver a small semblance of control.

The Subaru’s performance is average – there is a slightly delayed response when you put down your foot as the engine spools up and this resulted in a slower time of 10.8s to reach 100km/h from a standstill. What did impress me no end though was the comfort and grip of the active torque split in this all wheel drive vehicle.  This was particularly apparent when I tested Subaru’s claim of effortless transition from city commuting to country getaways.

The Subaru astounded my passenger and I with one of the most comfortable journeys along a particularly rutted, potholed road in the landscape without missing a beat. Muddy puddles, poor road surfaces and other hazards presented no problem to the XV with its double wishbone rear suspension and 220mm ground clearance all adding to the comfort factor. In addition, the XV sports a much sought after NCAP 5* safety rating. In terms of versatility and making the effortless transition between urban commuting and outdoor fun, the XV certainly fills this niche very well.

I was also very impressed with the XV’s roomy interior, leather upholstery and comfy seating. The sound system is satisfactory and the optional multimedia MP3 and DVD player and navigation was extensive, if somewhat frustrating at times. I wasn’t impressed with the optional Bluetooth system as the microphone is situated on the steering column and doesn’t pick up very well.

A rear camera for parking assistance and the most innovative fuel consumption read-outs make great features on the XV. The car’s versatile boot capacity expands from 310l to a hefty 771l when the rear fold-flat seats are down, providing enough space to fit a couple of mountain bikes inside the car for a sneaky weekend getaway.

The exterior is chic and the sporty 17-inch two-tone wheels add to the XV’s appeal. Roof racks are standard, as is the sunroof. The HID Xenon headlights gave a superb high beam for night driving. Steering was comfortable and responsive, although parking in tight spots was somewhat challenging as the XV’s turning circle was larger than expected.

By the end of my test I was considering one for myself as the car does everything the manufacturers claim and some of it with more equanimity than promised. However, I was stopped by the price. The N$329 000 price tag is on the steep side for a vehicle of the XV’s caliber, but as possibly the only major detracting point in an otherwise very comfortable week of driving, I have to hand it to the guys at Subaru, they certainly do deliver on their promises.