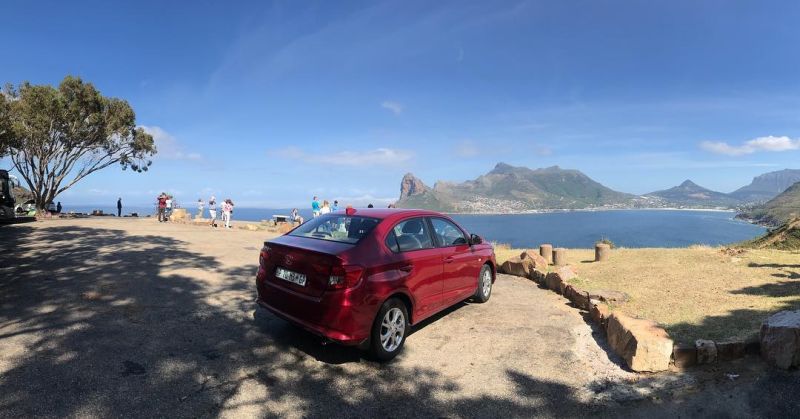 Are you thinking about travelling the Southern Coast (Garden Route) of South-Africa or know of a friend who would love to visit the coastline of South-Africa, but don’t know what car to use? We might be able to help.

Starting with a new segment in 2019, NamWheels and Galimoto Media can help to make your next visit to the Southern Point of Africa a bit less stressful. Southern-Africa is rich in lush and differential terrains. Choosing on which car to drive will be a difficult task and choosing the right car isn’t necessarily easy (a mistake, many of my foreign friends have often made). Your ultimate choice will depend on road surface, air quality, as well as the quantity of passengers and baggage.

We were recently provided with the new Honda Amaze 1.2 litre, a car that, well… amazed us. With its small engine (66kW and 110Nm), the Amaze might run out of steam as soon as it reaches the thin air of Gauteng, but for a coastal vacation, the Amaze might just be the perfect companion.

We tested the Amaze for a weekend away in Cape Town, travelling from Somerset West towards Cape Town, and back, via the iconic coastal towns of Houtbay, Noordhoek, Kalkbay and Simonstown, as well as visiting the iconic points of Chapmans Peak and Cape Point.

This route also provided us an idea of what the car might be like along the open roads from Cape Town to Knysna. With a low kerb weight (900kg) the Amaze can be somewhat twitchy in the Cape winds, but performs much better than countless other competitors. Similarly, wind noise might creep up at higher speeds (exceeding 100km/h).

With the 450 litre baggage compartment completely packed and four passengers all ready for the vacation, the Amaze performed well on the roads, giving us a fuel economy of 6 to 6.5 litres per 100km. The five speed manual (an automatic model is also available in South Africa) performed well and with ease, while the engine noise could barely be heard.

Our only criticism came from the fact that the Amaze ran out of puff on the high and steep hills of Cape Town.

Inside, enough space will greet all four passengers. The Amaze is well equipped with safety as it has EBD, ABS and two air bags (for front passengers).

In terms of infotainment and media, the Amaze has USB and Bluetooth connectivity that can be used with ease. Climate control will also help to stabilise the temperature on those exceptionally hot summer days.

The Amaze has wonderful ground clearance, however, does not therefore permit travellers to take on the gravel roads between Cape Town and Garies (Northern Cape). The light kerb weight might make the Amaze easy to handle, however may pose a problem as soon as it is fully loaded and on a gravel road.

Should you be interested in the iconic Garden Route, don’t look further than the new Honda Amaze! It will definitely be a well suited travel companion!