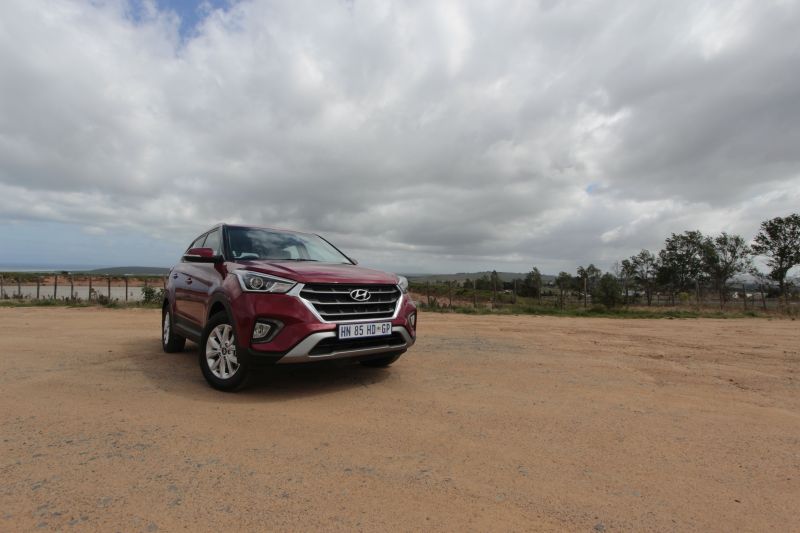 Oh dear, new year, old me. Despite my best efforts, one test car slipped through the 2018 review cracks and everyone gets an apology straight off the bat for my first story of the year. I’m sorry, Hyundai S.A. and dear readers, for only reviewing the Creta now. ﻿

My initial plan was to do a “Did you know?” video about the many cool features of the Creta but – as is the way with things towards the end of a year – I shot some footage and got supremely distracted by something else. Many days after the test car had left I viewed the vast collection of clips only to find… they were all a bit shaky and thus, rather rubbish.

So. Without further ado, here are the ten things I planned to make a video about:

The Creta is a smaller sibling of the handsome Tucson SUV but has its own (rather pleasant and less aggro) design. If you had your heart set on a Tucson but can only reach for a Creta, that won’t be a heartache at all. In fact, I think the Creta will nick sales from its bigger sister for a few other reasons…

2. …because it’s just the right size

If you live down a narrow road and commute on busy highways to a crowded city centre, this will certainly prove easier to thread through such urban obstacles. Creta offers excellent space and versatility for its segment, obviously not quite as generously as big sis’, but you’d be surprised how much room there is in here.

It’s available with your choice of two engines, two gearboxes and two trim levels. This 1.6 turbo-diesel is only available in automatic, top-spec Executive trim. Maximum power outputs are 90kW/150Nm for the petrol and 94kW/260Nm for the self-igniter.

If you’re in the market for a frugal diesel automatic SUV, why spend extra on the bulkier rivals in-house or from competing brands’? This 1.6D Executive offers the magic ingredients of extra ride (and driver’s) height, clever seats, loads of luggage room and a thrifty Diesel motor driving the front wheels through a lazy auto’box.

The recent facelift is anything but – only Hyundai sales execs will be able to tell the difference although the interior and dashboard have gained a bit of zest. I especially like the new upright, tablet-style touch-screen monitor with its simple layout… which looks like it was inspired by cousin company Kia.

This new Creta’s audio system, cabin materials, Bluetooth streaming, door thunks, headlight range and ride quality are all very good – pardon the lazy expression – and certainly worthy of this price range. Sure, there’s better stuff out there but it comes at a heavy premium.

Specification levels are equally impressive with power this and automatic that, and hardly any costly extras to catch you out; like you will find with the Creta’s more illustrious competitors. To get an idea of the whole range and its differences, feel free to browse our launch report of the recently updated Creta and Tucson.

Bear with me on this one. The video was supposed to show gratuitous panning shots at sunset but the footage looks like a drunken matric sundowner party. My point was that nobody bats an eyelid if you arrive in a new Hyundai – quite the opposite – they might even strike up a conversation to find out more.