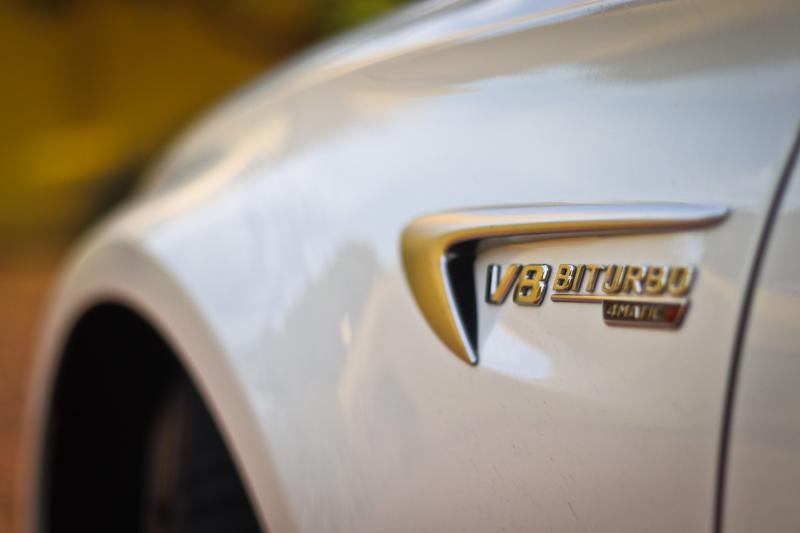 Beginning of this week I picked up my new driver’s license; well, the umpteenth re-issue of a document which is almost 25 years old and in severe danger of being taken away. Forever. You see, I’ve been driving the new Mercedes-AMG E63 S 4Matic+ and it’s completely and utterly insane. 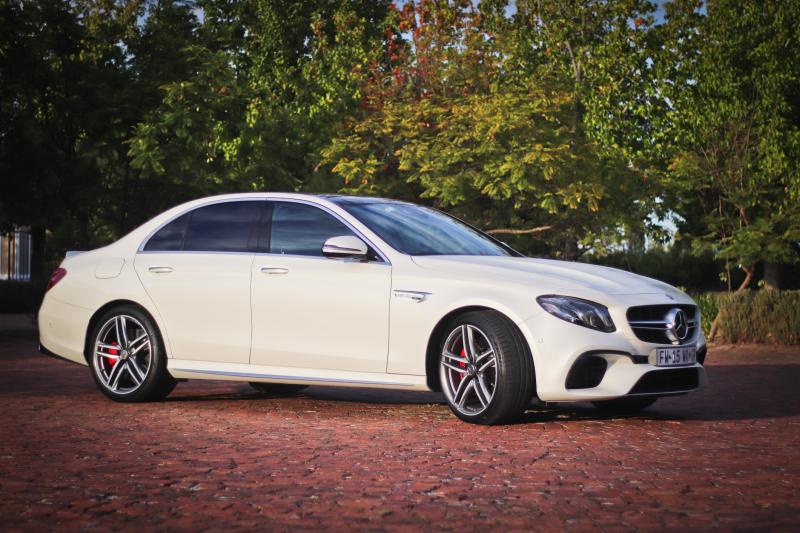 My sources report that its 4-litre Bi-Turbo V8 kicks out a colossal 450kW (612hp) but I could swear that it’s more like 4,500kW. Shortly after receiving this pearl-white press car I put my foot down and the gadget-laden Benz took off like a big rocket strapped to an even bigger rocket. It’s mind-blowing. 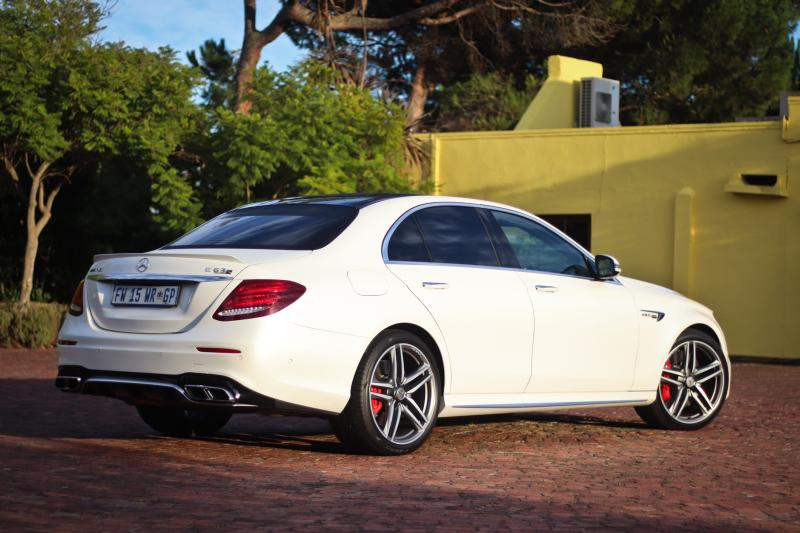 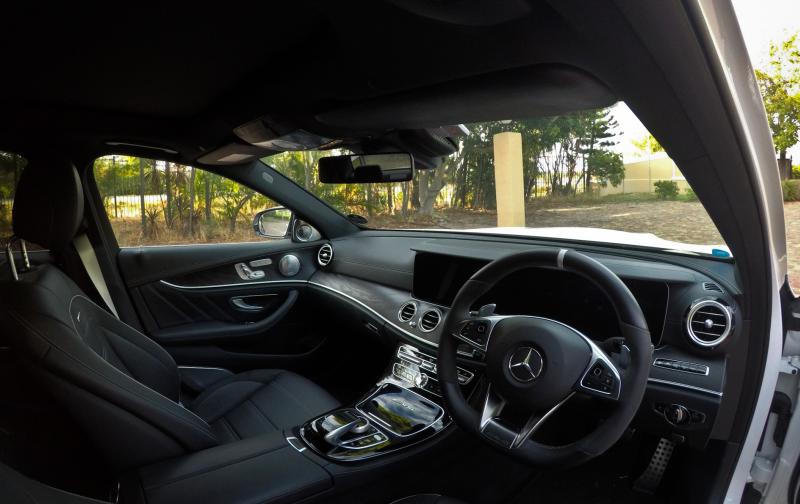 Much like the adult entertainment viewer, you impatiently wait for all the lubricants to reach their ideal temperature and then give it horns. There’s a decent Comfort mode, expensive sound system and even a start/stop system (hahaha, what?) but all you’re going to press is the Race, exhaust and Manual gears buttons. 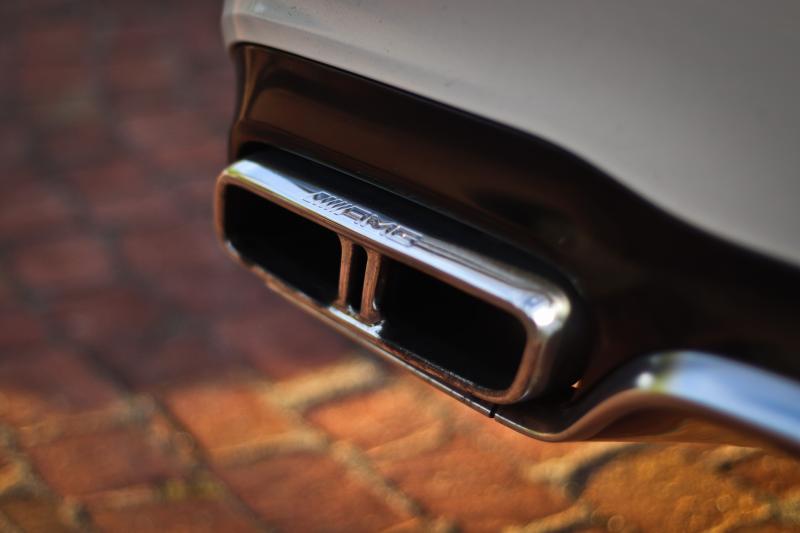 These turn the E63 S into a surprisingly nimble, loudly anti-social and impossibly quick missile. The ride is too firm for a Mercedes (with an irritating rattle on the rear-view mirror) but OK for an AMG while its fat rubber, active air suspension and the clever 4Matic+ all-wheel-drive system provide absurd amounts of grip. Read: I never surpassed them. 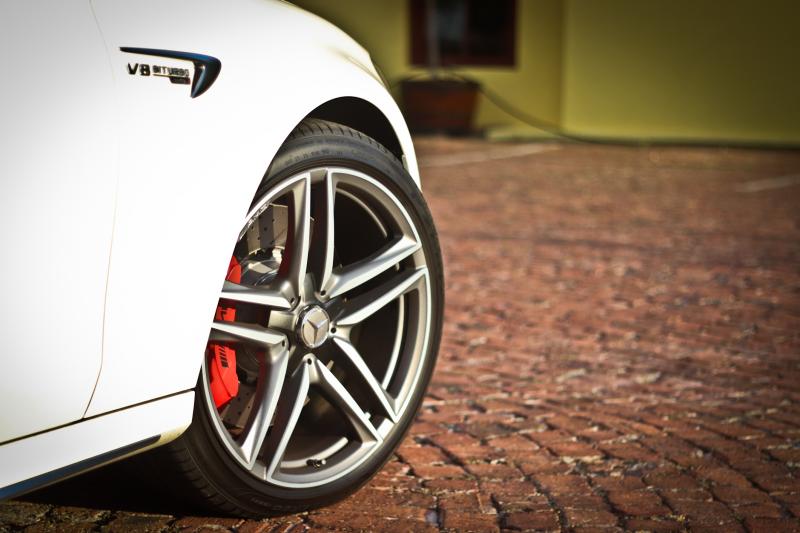 Apparently, as the craziest E-Class ever built (bar the Brabus stuff), this should hit 100km/h from standstill in 3.4 seconds. That makes it even faster than an AMG GT S which it nicked the engine and front seats from. That’s so rapid that I almost wrote off half a dozen cars because I attempted a Launch Control start in traffic. 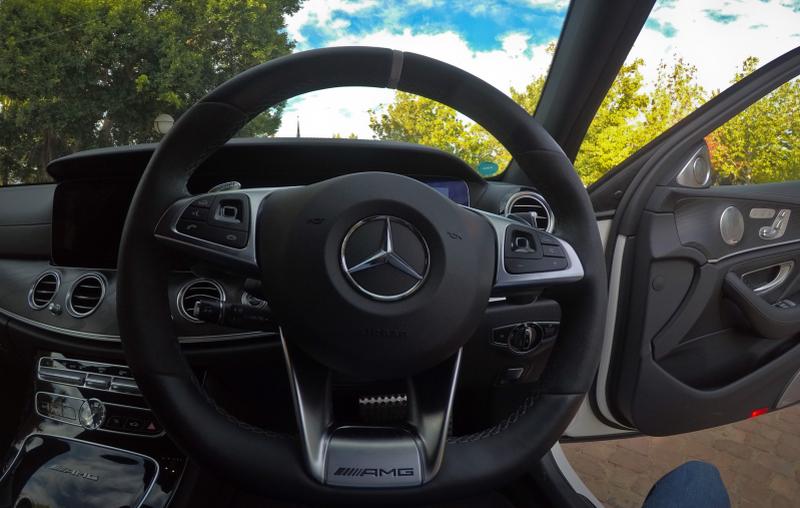 No, this sedan is just too fast. Too powerful. Call me old, call me boring, I don’t care. Bang Jan of dooie Jan? I wouldn’t call it uncontrollable but this hysterical amount of power should not be given to the inexperienced and can only be unleashed on a race track or in the wee hours of the morning on a very, very, very deserted and straight road. 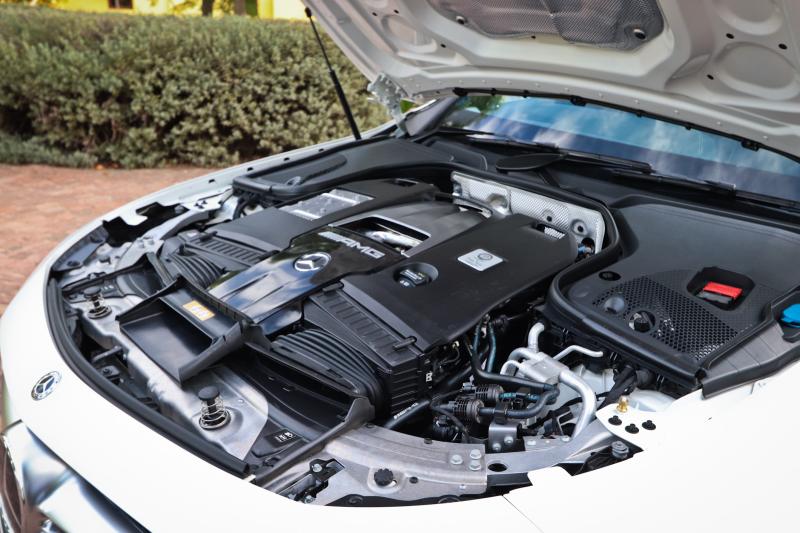 Top speed is limited to the usual 250km/h but with nine dual-clutch automated gears, and what feels like 6,120hp, it should be able to easily sail past the magic 300 mark. Yet again I’m gonna sound old but exactly where and why do you want to do 300km/h? Because your wife’s gone into labour? Mine almost did and we just drove to the shops. 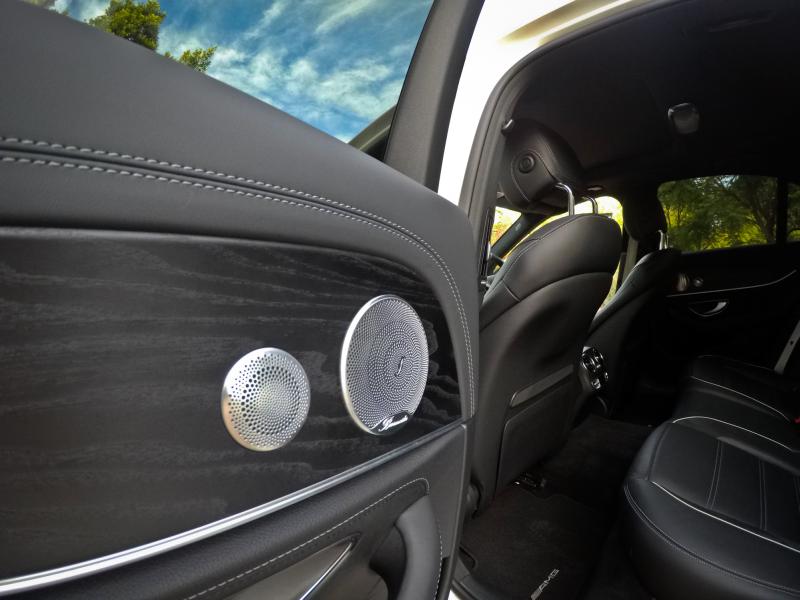 Sometimes I’ll defend powerful cars because they give you a degree of safety (and satisfaction) when overtaking slower traffic but the stupendous power delivery of this thing will give its driver a mild stroke, their passenger/s dirty trousers and everyone they overtook pierced eardrums. It’s preposterous. 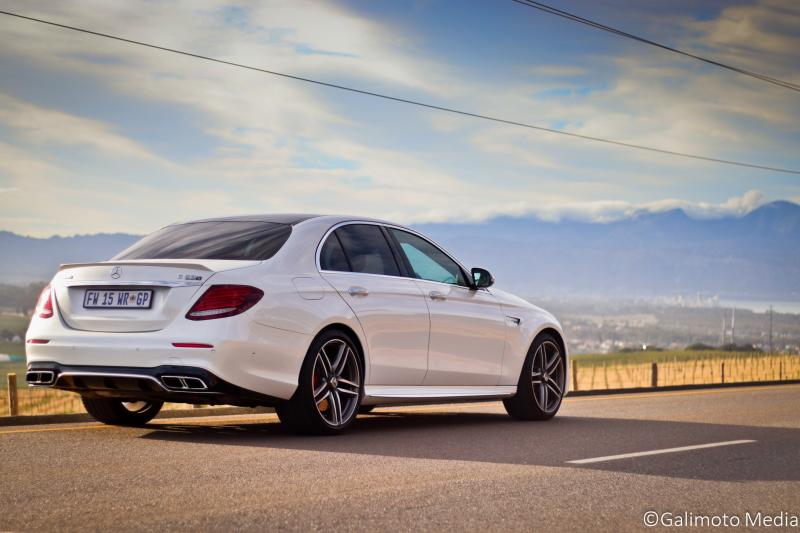 If you’re the sort of person who likes to overtake absolutely everybody at 1,000 miles an hour, or you enjoy buying fuel and tyres in weekly intervals (there’s a limited slip diff and “Drift” mode), then this is the car for you. It should also appeal to any super- or hyper-car owner who suddenly needs spacious rear seats and a gigantic 540L boot. 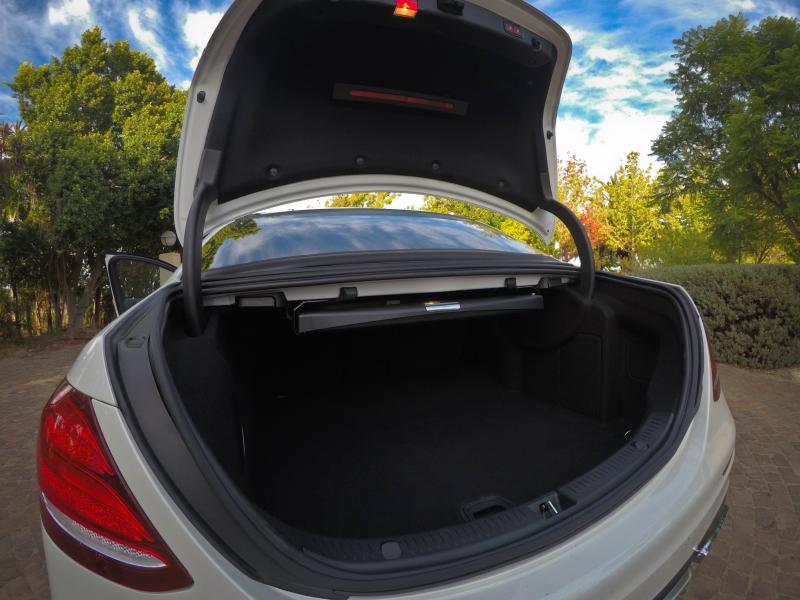 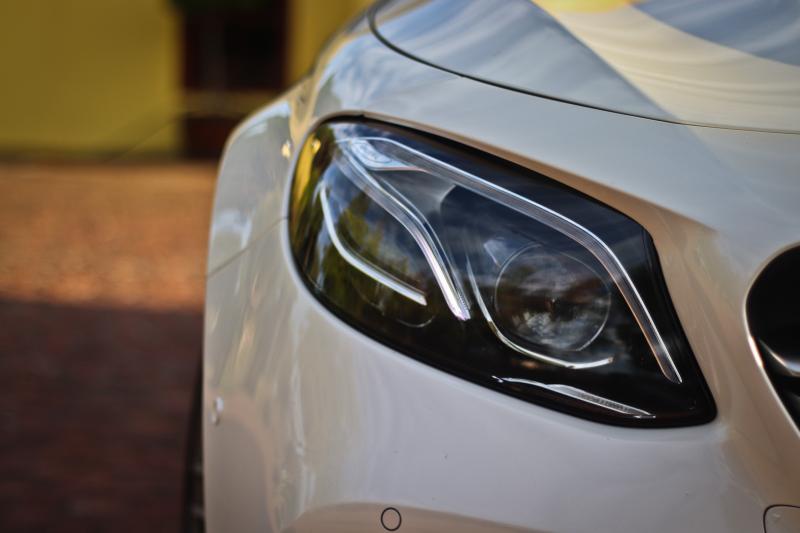 With that in mind, if the sublime E400 still won’t cut it, I would opt for the less scary but equally impressive E43 AMG which has a similar spec level while saving you about N$700,000. More importantly than that, it will probably save other road user’s nerves, your passenger’s fingernails and your driver’s license. 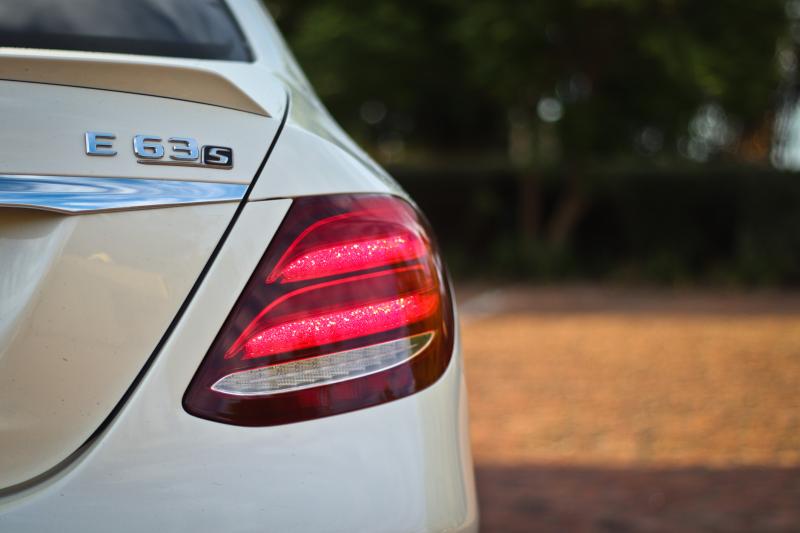