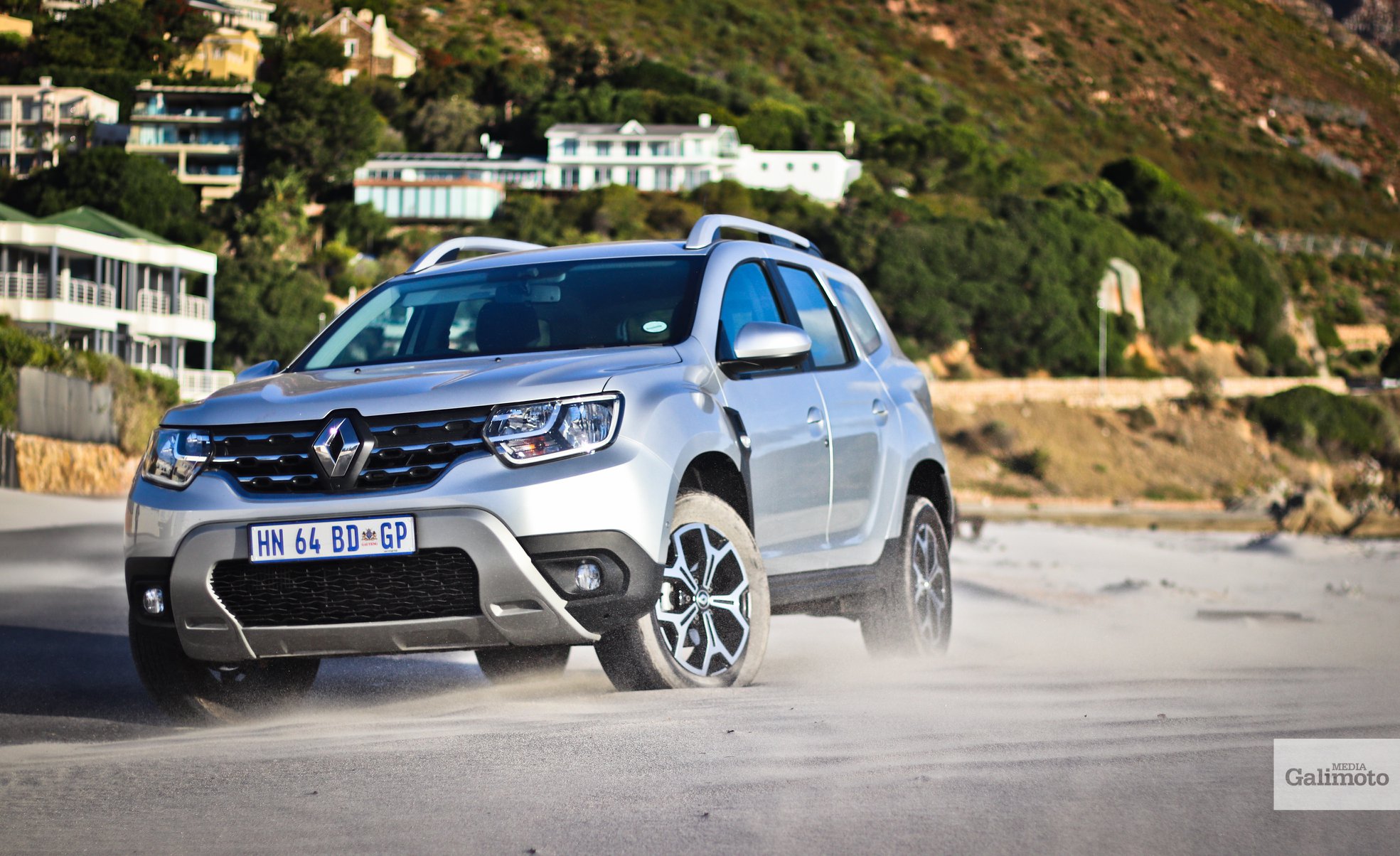 The more things change, the more they stay the same. Renault lent us their (current) top-of-the-line Duster to showcase the many improvements its recent update brought about.

The Renault Duster is a familiar sight in Namibia, not just in Jacaranda-lined suburbs and busy parking lots. Not long after the outgoing model was introduced, most big rental fleets in southern Africa added the simple but hardy Dacia/Renault SUV to their line-up. Hence, lots of GP-registered Dusters with mobile satnavs also zip around our country’s roads and resorts.


I firmly believe that it’s this simplicity – an innocent but purposeful stance from its Romanian roots – which made the Duster so popular in areas of the planet where ground clearance trumps gadgets. The German Dacia TV advert plays on this sentiment by claiming that it’s “the status symbol for people who don’t need status symbols”.

Airbags and ABS brakes are standard.

Way more important to me is the additional ground clearance (now 210mm) and subtle redesign which still identifies this car as a Duster but adds a bit of style to its once-dowdy appearance. Luckily, there are various models available with petrol or turbo-diesel power, auto or manual gears, two- or all-wheel drive and escalating levels of trim.

This range topper 1.5 turbo-diesel with dual-clutch auto-box offers all the goodies mentioned above and it’s my humble opinion that it doesn’t need most of them. Keyless doors and automatic climate? No thanks, I’d rather save a few thousand and get a cheaper, simpler model. That would be nearer to the essence of the Duster.

Having typed that, I’m happy to report that this 2018 version has a few vital improvements over its ancestor. The cabin material went up a few notches and the hard but supportive seats offer an armrest on the driver’s chair. Passenger and packing space is good with a 478L boot and loads of room for any young family’s paraphernalia.

AWD models have less cargo area yet every Duster comes with Renault’s tried-and-trusted touchscreen infotainment system including Bluetooth and navigation. The instrument cluster is also a humble Renault affair which doesn’t even feature a tachometer red-zone. Not a problem in the auto model…

After three days of driving, I was convinced that this unit had developed a different problem though. The vehicle traveled from Malmesbury to Somerset West, then Cape Town, Stellenbosch, Hout Bay, Somerset West, Milnerton and back to Somerset West for a running total of almost 400km… and the fuel tank was still full.

Eventually the digital gauge starting dropping (very slowly) which confirmed some impressive numbers in the trip computer nearby: average consumption of between five and 5.5L/100km. Working off a 50L tank, that means we often saw 1,000km range indicated; which hardly changed because of the mild-mannered drivetrain.

The only negatives I noted were loud idle noises – especially when cold – and rather harsh, all-consuming engine vibrations at low revs. Obviously there’s a distinct lack of oomph at highway speeds so overtaking in a Diesel Auto Duster should be planned accordingly. On the upside, it cruises fairly quietly.

As for ride and handling, I thought that these two were also mildly improved. Careful, mild off-roading was no problem at all. City and country roads produce a comfy and predictable ride with most imperfections being filtered out well. It’s only at high speeds and on extremely bad surfaces where the Duster reaches its limits.

Predictably so, which also describes the eventual intervention of its ESP (stability) system, when strong body lean hands over to gradual under-steer. The steering is feather-light and its turning radius pretty decent. A once-off full-bore brake test from 100km/h was done in 2.68 seconds and 38.72 metres. Both very impressive!

Which brings me back to my initial statement. The new Renault Duster looks and drives better, shines where it matters but (in the lower echelons of its price list) is still the no-nonsense and affordable SUV which Namibians and tourists have come to love and respect. Included in each sale are a 5-year/150,000km warranty and 3-year/45,000km service plan.