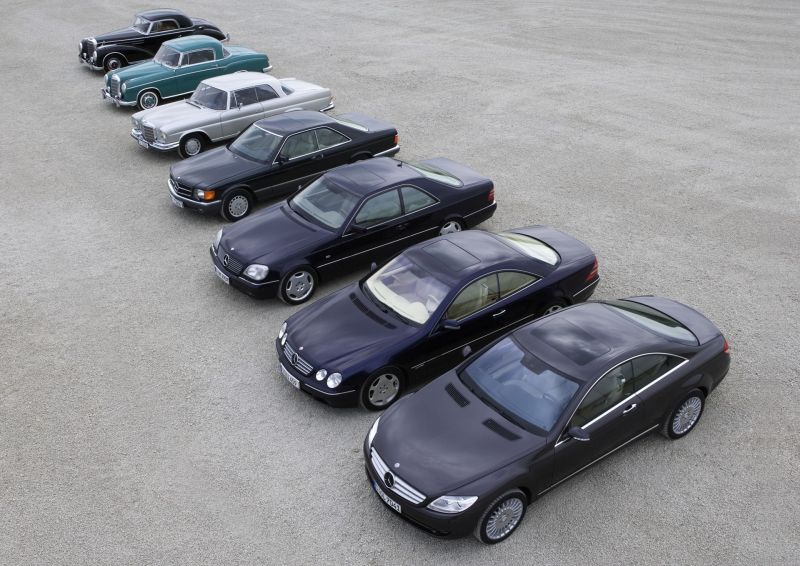 Interested in this new top-of-the-range model from Mercedes-Benz? You’ll be glad to know that it comes with an amazing set of ancestors – some of which now cost more than a new one!

A humble start for the two-door version of an S-Class but one that many owners and fans will confirm as solid, dependable and incredibly elegant.

After the new S-Class arrived in the late fifties, these coupé versions were made in very limited numbers with high specification levels.

Arguably the prettiest S-Class coupé (NamWheels certainly thinks so), this timeless and understated shape was also the first with the option of a V8 engine.

The C107 was visually different from S-Classes of the time because it was based on its incredibly popular R107 (SL roadster) sibling.

Almost identical to the W126 S-Class, the coupés had – besides two doors – a flatter grill with star, fog lights and single headlight clusters. Only sold with V8 engines.

Among the first “computer age” Mercedes models, the C140 was quite complicated and over-engineered but not the prettiest. First Mercedes coupé available with a V12.

At the turn of the millennium, Mercedes made its flagship coupé more elegant and upped the gadget count. Power rose significantly thanks to AMG models.

A soft evolution from its predecessor, the C216 was designed for even greater comfort and technology. By the end of its lifespan, all engines were turbocharged.

Read our launch report of the face-lift models here: https://www.namwheels.com/launched-mercedes-benz-cl/