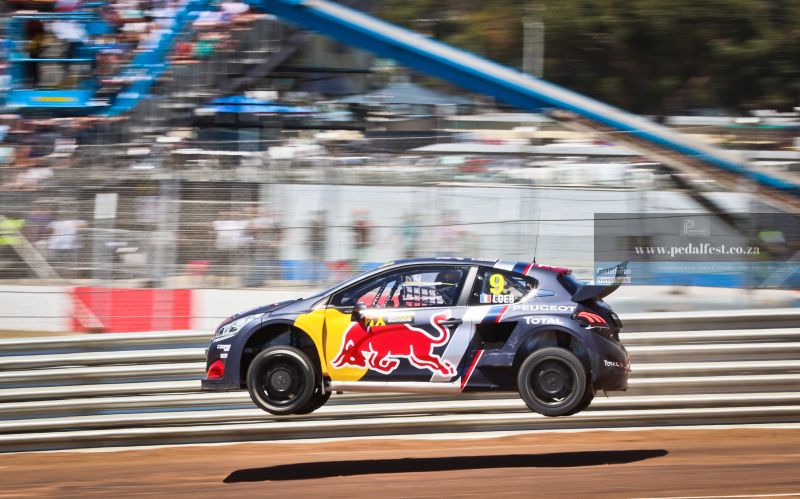 Since the dawn of the 19th century, motorsport has always existed due to two key factors. Through the decades, these factors have either worked together very closely and successfully or either against one another, proving unsustainable for the sport. These two factors speak to the needs of the spectators as well as the big manufacturers (brands). The following article will analyse the movement of the motorsport world into different directions, perhaps towards an imbalance between the two factors.

Perhaps the best way to start this article is to look at motorsport 30-, even 20 years ago. The latter half of the 1980’s saw the perfect balance between the needs of manufacturers and spectators. The Group B era came to existence in the World Rally Championship creating some of the fastest, most powerful and most sophisticated rally cars ever built. An example: The Audi Quattro S1. These beasts fuelled the adrenalin and passion in the veins of the spectators.

At the same time, manufacturers had a free pass [free reign] to test new technologies. The racing was competitive and soon the rally stages were flocked to by spectators.

During the same time [era], the Formula 1 world also experienced a boom in the form of spectator investment as well as technological improvements and on-track battles. It saw different manufacturers joining the championship, year in and year out, as well as the rise of iconic team mate battles.

The 80’s saw the pinnacle of motorsport, even continuing into the 90’s and early 2000’s, with production car racing joining the fray and even the Dakar rally becoming highly contested.

The spectators were happy as they were given their monies worth in entertainment, but at the same time, manufacturers also had the ideal playground to showcase, promote and advance their production vehicles and engines.

This imbalance refers to a new ideology in which manufacturers are reaping the benefits (as they respectfully should) in an attempt to promote their own products as well as overall road safety, yet may be to the cost of spectator investment.

The first of our two points refer to the aims of teams to win at all costs.

With more pressure and higher financial investments, teams are willing to put in everything to beat their closest rivals. Understandably, with a world now focused on social media marketing, manufacturers are paying to get their money’s worth.

Similar financial investment strategies can also be seen in the Dakar Rally, the World Rally Championship and more local championships.

A manufacturer’s success on the race track can also lead to potential clients buying into their brand. Racing allows a manufacturers brand to get out to a wider target audience.

Every team or manufacturer has the desire to win, and will ultimately plug in as much resources to secure the next win, without any drama, however, a team consistently winning can be fairly boring for a spectator who is trackside or watching on television.

Investment into motorsport is fairly expensive for manufacturers, and this is no different in the pinnacle of motorsport (Formula 1). According to a Forbes report in April 2018: “The cost of keeping Formula One’s wheels turning has been revealed in the most detailed analysis of the financial statements of its 10 teams, which shows they spend a total of $2.6 billion annually.”

Formula 1 in the twentieth century has seen a drop off in spectators due a number of reasons.  Firstly, the total dominance of one team, the lack of wheel-to-wheel racing and finally, fans being able to predict the winner before the race has ended.

Analysis conducted in 2014 indicated that ratings began to decline with Sebastian Vettel’s dominance in Red Bull. The global audience fell from 515 million in 2011 to 500 million in 2012.

Since 2009, Formula 1 displayed the capabilities of hybrid power units (engines) with the introduction of KERS (Kinetic Energy Recovery System). In 2014, a more complex hybrid power units were introduced and it incorporates two systems to increase power – The first Motor Generator Unit – Kinetic [MGU-K] and the Motor Generator Unit – Heat [MGU-H].

Former Formula 1 boss Flavio Briatore spoke to Italy’s Radio24 about the hybrid era of Formula 1, and said: “What we have now is not Formula One. Formula One is something else. The audience is clearly enjoying it a lot less, because there are cars that do not make much noise.”

Briatore explains what is wrong with Formula 1 in 2014: “There are drivers who save fuel, drivers who only do “fake” overtaking when their wing flap is open. Drivers who are doing their accounting in the car rather than being gladiators.”

The team game has become a very prominent factor in motorsport these days. Here, the team is developed around one specific driver, with the aim of winning the title for the manufacturer and having less pressure, come the end of the championship.

Words like “wingman” and “teacher’s pet” may have been thrown around for fun during the past two years, but in actual fact, it underlines a critical problem in motorsport these days.

With fewer people watching the entire race these days, or just a portion of the post-race highlights, manufacturers and teams earn more promotion points by showcasing their wins, without fans knowing exactly how it happened.

In the past, a team’s success would be judged by on track battles, while a shorter attention span and social media would help teams take more out of the race by showcasing a trophy lifting picture.

Motorsport teams these days have active Facebook, Twitter, Instagram and Website accounts providing information to the fans at real time. The use of social media to relay the latest news of the sport has allowed fans to engage in a very different way.

Formula One Management (FOM) launched their own social media platforms to attract more and engage with more fans, and they believe that it has been a success. “Impressions are up 124 percent and video views up by 283 percent, while there is a +1090 percent increase for minutes visited. The number of Formula 1 followers has eclipsed 10 million, with an overall increase of 56 percent compared to the end of 2016. Particularly significant is the growth in subscribers to YouTube (+178 percent) and Instagram (+104 percent),” said F1’s Press Release (2017).

With real time information being shared by teams and the sport itself, it could provide fans with an indication of how successful the manufacturers are, rather than drawing a conclusion from the whole two hour race or race weekend.

Ask yourself the question and tell us what you think? Has our attention spans maybe made us less willing to follow the whole race weekend or even a whole two hour race on a Sunday and does a winning picture on Instagram or Facebook result in you thinking more of the manufacturer?

Understandably, it is ideal for manufacturers to push for better road technologies and more safety, but does this result in less spectators, following the events?

Let’s face it, the electric revolution is upon us. I use to be that person, regarding electric vehicles as “boo-hokkey”, and even thinking that it would soon die out, with petrol and naturally aspirated vehicles winning the fight.

This picture was severely changed, mid-2017 as I tested my first electric vehicle. My petrolhead world as I knew it, was thrown upside down and I soon had to change my viewpoints. No longer did I regard electric vehicles as the (literal) silent killers of the motoring world, but rather a very “cool” way of addressing mobility in the future.

That being said, I still love the smell of petrol, the ear bleeding sound of V10 GT3 cars rocketing past me, and the thundering sound of a rallycross car as it downshifts for the corner, which it is bound to take at a 90 degree angle.

Maybe, this is the exact problem the motoring world is facing currently.

The era of electric motorsport started some time ago, but it only really captured the imagination of motorsport fans, when the Formula E announced their full electric championship in 2011. The inaugural championship started in Beijing in 2014, and has grown ever since.

Formula E has been attractive motorsport for many of the big manufacturers due to its financial benefits. In Formula E, manufacturers are only allowed to develop the electric motor and transmission, the rest of the car is the same for every team, which makes it an ideal sport to invest in.

Forbes reported: “In 2017/18, more than 300 million viewers globally tuned into at least one Formula E race. More specifically, an average of 27.1 million people globally watched each Formula E race [12 races]. The number was significantly higher than the 18.6 million viewers per race for the 2016-17 season.”

The Head of Audi Sport, Dieter Gass has been a firm supporter of combustion engine racing, and when speaking to Drive.com.au, he outlined that he believes the DTM series still has a major role to play for the Audi brand in motorsport.

Audi are aiming to sell 35% electrified vehicles by 2021, which leaves 65% of their sales in the combustion and diesel powered vehicles.

“I think even though everyone is moving towards electromobility there will be no switch, it will be a gradual switchover over many years… I’m still convinced you need to do something to sell these petrol cars to people,” Gass told Drive.com.au. “That’s why I think it’s very important to continue racing with combustion engines, like DTM.”

Is electric motorsport as big as it may seem? Yes, it is! Here are the different forms of motorsport that is either electric or has an electric class on the way: ABB Formula E, Pikes Peak International Hill Climb, Isle of Man TT, FIA World Endurance Championship, Jaguar I-Pace eTrophy, FIA World Rallycross (in 2021), Electric GT, Andros Trophy, Targa West, and the MotoE World Cup.

Companies like Tesla are flourishing, while companies like BMW, Volvo and Mercedes are heavily investing in electronic powertrains.

Have a look at the FIA World Rallycross- and FIA ABB Formula E championships. Teams are flocking to these championships in the hope to not only win the coveted new trophy or title, but to also use the same technologies in their road going cars.

If you are still on the fence and don’t know what to think of electrical power units, have a look at the ABT Schaeffler video (https://www.youtube.com/watch?v=qeXZs_XAmME), in which Daniel Abt recently tested a 1200 PS / 1280Nm car with four Formula E engines. While this may not be your cup of tea in terms of sound, it will surely showcase the true power of electric power.

FIA World Rallycross race winner Timmy Hansen spoke to Junaid Samodien about the 2021 Electric World Rallycross Championship and its sound: “I have driven a Formula E simulator, and honestly it took me like 20 minutes before I was like: “Ohhh yeah.. this is an electric car.” Because inside the car you still hear the rev of the engine, it’s a different sound. So, you know the electric sound, but you still hear the rev of the engine and it still sounds the same, but it’s different.”

The thrill for manufacturers and drivers may be exhilarating and speeds may be much more than with a normal naturally aspirated car, but the same cannot be said for spectators.

While spectators support the new technologies in their road cars, the same cannot be said for trackside action.

Is the motorsport world evolving into an inevitable unbalanced conundrum where motorsport will be ultimately develop into a boring- yet prosperous manufacturers sport, or can we restore the imbalance and make motorsport exhilarating again?

We would love to hear what you think.