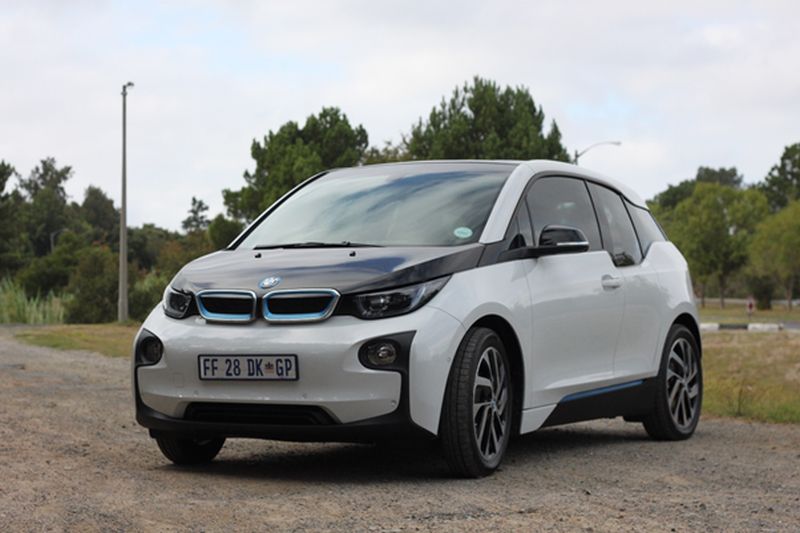 Driving in silence, it may be more fun than you think.

Going electric has always been a very vague concept, yet it’s been in the automotive industry for as long as the latter existed. How can you convince a petrolhead that driving on battery power might actually be fun?

The concept of battery-powered cars always seemed foreign to us as we grew used to the idea that more noise and horsepower equals more speed and excitement. Yet, as technology improves, the world is standing on the brink of a paradigm shift. A shift that may take opposition from some, yet will surprise you when reality strikes.

Remember when everyone told you that as a Symbian or Android user (Nokia, Samsung), you will be astonished by what IOS devices (Apple) can do? Well, The BMW I3 is definitely not a “new IOS device”, it is much more.

This reality recently struck me as I first climbed into the BMW I3. Don’t be fooled by this little city car. Sitting inside, you are surrounded by a new and interesting interior design (carbon fiber reinforced plastic), fitting for this weird little car. Evidently much bigger on the inside than it looks from the outside, the I3 can easily house four people and an additional person if needs be.

Having an open design, there’s quite a view from the driver’s seat. Driving small cars such as the Smart, I initially though that they take the cake in terms of a 360-degree view and very little blind spots. Well, now the BMW definitely fits right in there.

Starting up the I3 and driving off, has to be said, is the ‘spookiest’ feeling ever. Lifting off also immediately brakes the car as it works on regenerative braking. Yet it is hugely enjoyable.

Quick off the line

Being relatively small, it is a nimble city car. Yet, it may give the weirdest feeling of satisfaction as soon as you put an ‘old’ petrol/diesel car and even a BMW M3 to shame at the robots.

This is because the I3 is very light for an electric car. Just over one tonne to be precise. Combined with immediate torque from the electric motor, you will definitely be able to make it difficult for any M3 and GTi to keep up between 0-80 kph.

This certainly also comes into effect when trying to pass traffic on the longer roads. Power will be provided immediately, meaning that you won’t have to stress about overtaking that huge truck or family sedan, towing their caravan. Even better, have a look at their faces as you pass them, in silence.

While fuel economy is something to boast about, the range may be something to take into account with BMW only having one fast-charging station in Cape Town at the moment. Normal charging through a household 220V line will take you around 20 hours to fully charge. The full charge ranges on battery power will be 144 km, where after the petrol engine will kick in and empty at the 126km mark.

The I3 was designed for small, inner city mobility. Yet if you really want to, you might be able to drive the I3 across the Northern Cape, if you are prepared to fill-up at every petrol station (towns are about 150 km apart) and carry an extra 10-litre jerry can.

Although not in the Northern Cape, we did take on the challenge to drive the I3 from Helderberg to Struisbay (about 180km in each direction). The longer road proved to be just as comfortable as the inner-urban roads and even at high speeds, the wind and road noise seemed to be very little.

There are a few negatives with the BMW I3. Firstly, the car is quite expensive, costing the same as a luxury CX5 or Tucson. Yet, taking into account that the I3 will only cost a maximum of N$30 electricity to fully charge from home, this will certainly be more cost effective than the daily fuel use.

A new battery will, unfortunately, be expensive. Battery lifetime depends on how the battery is charged and used throughout its lifetime. Yet, some users have claimed to do about 1,000 full charges and driving with the I3 for 3-4 years before they need a replacement battery.

Southern Africa’s infrastructure at the moment may also be another point of concern as South Africa has relatively few ‘fast’-charging stations. Namibia has none. In European countries this is already old news as fast-charging stations are situated along most highways.

It will also be difficult for NamWheels to draw up conclusions in terms of break-even points where the owner starts to benefit from using electricity rather than the status-quo petrol. All will depend on how the car is driven, the frequency of charging and whether other green technologies are used to charge the I3.

Driving 150km on battery power will only cost you about 30 bucks. A normal petrol car, which is similar to the size of the I3, will give you about 9 liters for the same distance. In current terms, that will place you within a N$90 deficit. Driving a distance of 300km every week will immediately save you N$725 per month and N$8,700 per year. This is a relative calculation and will vary, based on a multitude of factors.

South-Africa, might with time, develop a tax-reduction program for battery powered vehicles and we expect Namibia to follow; once cars like these are introduced here. Such programs are already in play in Scandinavian regions as they plan to be the most effective in terms of greenhouse gas emissions by 2025.

Lastly, the very innovative idea from BMW to fit ‘scissor’ doors may be practical in open areas, yet the doors may be very wide to open in small parking spaces.

That I3 is waiting

Taking all considerations into account, it has to be said that the BMW I3, although initially expensive, will certainly open a new world for the user. Not only is it a fun little car to drive, it also receives large amounts of attention.

The I3 is perfectly suited for the individual, who travels less than 50km within city regions on a daily basis. Sitting in traffic may also prove to be ideal as constant braking recharges the batteries, little by little.

As electric cars may become more popular, it will definitely become ideal to keep your eye on the interesting looking I3. Charging the I3 at a fast charging station took only 40 minutes, compared to the 20 hours at home. BMW have even suggested that they will install an “I” power unit at your home, able to charge the i3 in 3 hours.

Will a deviation from the term ‘Petrolhead’ make you less of a car enthusiast?

Whether green technologies might stabilise that ozone hole above the arctic, it should remain a tremendous victory for humankind to increasingly develop faster-racing formulas and sports cars, running on different means of energy. Ironically, driving electric will also not mean that you are not a car enthusiast or that you are becoming a ‘Petrolhead-hipster’.

As a certain Mr May and current I3 owner recently stated, being a car enthusiast may take on different forms. “There is more than one way to be excited by cars”. Electric cars may just open up a new world of ‘motoring pleasure’. For the whole of the NamWheels team, this has certainly been the case with the BMW I3.

Yes, yes, we know… the BMW i3 is sadly not for sale in Namibia!