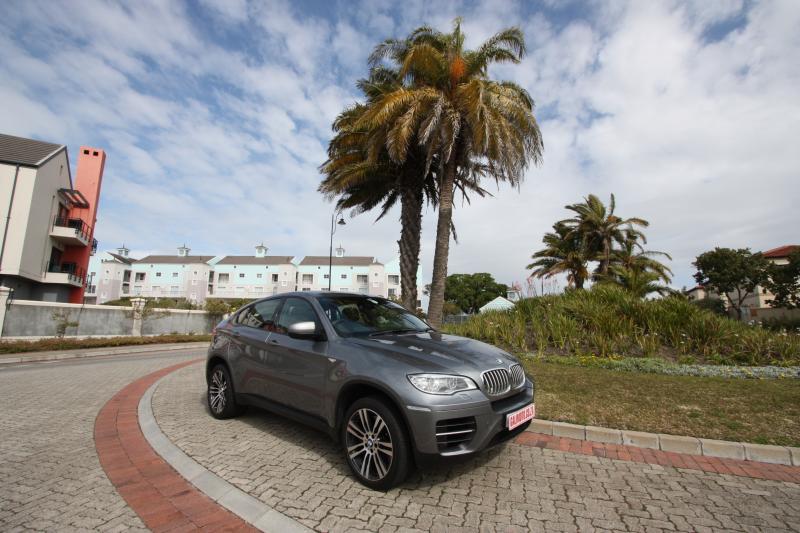 A recurring theme in motoring journalism is that of taste. Opinions will always differ and my dream car may not arouse so much as a passing glance from you. Differing tastes seem to be linked mostly with a car’s design and the chief offender in this discipline appears to be the BMW X6.

“What the hell were they thinking?” was my first reaction and judging by the feedback from those around me, so was everyone else’s when the car first appeared in 2008. Based on the X5 SAV (sports activity vehicle) and given a more rakish, coupé-like body, the Ex Six is supposed to be a sleek, sporty soft-roader.

To be completely honest, I think BMW nailed it. To be even more honest, I think the X6 isn’t quite as revolting as when I first saw it and started gagging. Part of this is due to the recent updates, another part is its rarity and the lion’s share came from testing this M50d version for a week.

The bulk of its critics attack the last half of the car, the front up to the first pair of doors is quite handsome and shows resemblance to an X5. After that, the roof drops sharply and tapers to a sizable and rather tall rear end.

It’s not that ugly either, it’s just so big and high off the ground…

Its interior was also photocopied from the X5 and altered slightly, most notably in the rear where the fastback hatch starts encroaching into rear headroom and luggage space. BMW lowered the rear seats as much as possible so it’s actually not as cramped as you’d expect. Even tall people will manage.

Furthermore, the X6 can brag with a lot of fancy standard equipment. Power everything (including tailgate), automatic everything else, Bi-Xenon lights, climate control, cruise control with braking function, leather trim, iDrive infotainment system and an adjustable multi-function steering wheel are just some features.

These silicon helpers are most welcome.

As we already discovered in our test of the X5 M50d, this rev-happy and enormously powerful engine will even convince Diesel-haters like yours truly. The average consumption claim is an optimistic 7.7L/100km but sub-10 figures are indeed possible if you resist the temptation to embarrass every hot hatch in your neighbourhood.

Given the beans, an X6 M50d will growl past 100km/h in 5.3 seconds (we got 5.9) and, with its seemingly endless torque, on to a limited 250km/h. It’s worth noting that this sort of power has been matched with superb braking ability and although rather touchy, the brakes on this 2,085kg behemoth are impressive.

The superlatives continue with this car’s big wheels, active steering and remarkable handling – the X6 is indeed a sporty activity vehicle. Off-road ability and low-speed damping are not so great, but they are the trade-offs for all the dynamism mentioned above.

A few ditches and some dirt road won’t stop it.

If you can stomach the cost of those low-profile tyres (about N$6,000 each) the X6 will even go on a mild safari – a fellow journalist did just that with an X6 M50d. You also have to fork out N$1,088,500 for the car and probably budget for a bit more to get some tasty options.

And that’s the tragedy of an X6. It’s way too expensive, complicated and eccentric to be a proper SUV, but it offers an amazing driving experience and a shot of strange exclusivity. Should you be one of the few people who love the X6, you won’t be disappointed by this M50d.