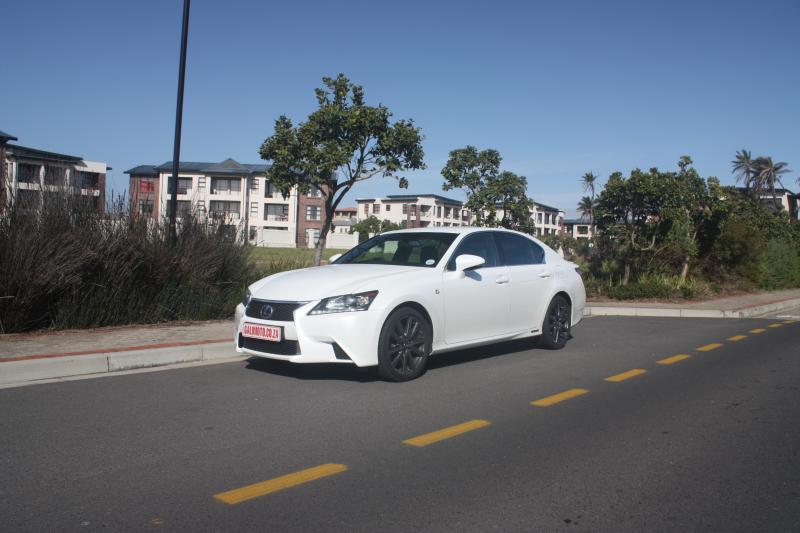 Lovers of all things motoring are frequently not as concerned about environmental impact as they ought to be – just as you won’t find a tree-hugging hippie extolling the virtues of their gas guzzling V8 Chevy, so too are hardened petrolheads unlikely to leap at the idea of an electrically powered vehicle. The Lexus GS450h (for hybrid) seems about to shake up some previous (mis)perceptions.

While I can’t say I belong in either of the extreme groups mentioned above, I am a fan of powerful vehicles and I wholeheartedly disrespect how much fuel I use up on a trip and certainly, I’m not often bothered about carbon footprints. But in today’s changing economy and environment, I am a realist and driving large powerful vehicles costs money and uses precious finite resources.

Which is why Lexus’ GS450h seems to tick enough boxes to serve as a very impressive compromise on all accounts. Sporting a dual motor system (petrol-fuelled and electric) operated by a continuously variable automatic transmission (CVT), the GS450h is full of surprises. This large luxury sedan offers a fair amount of oomph on the road with its 213kW 3.5l V6 petrol engine complemented by a 147kW 650V battery-powered electric motor. The combined output of both these motors is a generous 252kW which is noticed particularly on fast departures – the response is instantaneous and powerfully delightful.

…the response is instantaneous and powerfully delightful.

Many drivers are disparaging of a CVT gearbox, but the transmission in the GS450h is seamless and largely faultless. The transmission performed best in Economy mode, where the vehicle swops impeccably between electric and fuel power. With a built in stop-start engine system for the petrol engine which has lightning quick responses as it transfers between energy sources, you have to get used to driving in relative silence. In sport mode, the performance wasn’t quite as snappy with a slight lag detected in the response between changes, especially when using the gear shift paddles.  What is fun is watching the tachometer display change from an energy usage tracker to a rev counter.

As a luxury vehicle, Lexus sports every conceivable comfort. The understated yet modern and sporty interior is typical of Lexus elegance with brushed aluminium and wood inserts vying for your attention. The masses of legroom both front and back impressed both myself and some important academic visitors from the Caribbean who greatly appreciated being whisked around the Cape in style. Electrically adjustable seats, aerated leather upholstery which allows for both heating and cooling of the front seats and a mesmerising 12-inch multimedia screen all add to the Lexus’ comfort appeal.

Some small niggles were experienced with changing pre-selected radio stations and getting Bluetooth connected on the full up menu but once sorted, the quality of the Bluetooth system was excellent in terms of sound and functionality. On the outside, the unique door shape outlined in chrome along with Lexus’ revised spindle grill, sporty and aggressive looking bonnet styling, 18inch wheels in carbon black and hulking presence certainly warrant a second look and add to the sense of presence that the GS450h imparts.

Driving the Lexus GS450h is a pleasure.

Driving the Lexus GS450h is a pleasure. The steering is light and responsive especially for such a large vehicle. The ride is smooth and the suspension both in front and at the back is optimised for comfort without losing too much sportiness.  There is ample power to keep those of a petrolhead persuasion happy – even if they forego some noise in favour of minimising their carbon footprint.

The environmentally conscious will love the economy that can be attained for such a large vehicle – we clocked an average of 8.3l per 100km for mostly town driving, fairly average despite the vehicle’s size but I think it could go lower. For those keeping driving to a minimum, a fun aspect and one which would really improve on consumption figures is the fully electric vehicle mode that can be used at speeds of up to 40km/h. This is perfect for cruising your neighbourhood in sneaky silence and saving on fuel in the process.

In conclusion, I found the GS450h to be another extremely pleasant offering from Lexus. I loved the sporty, aggressive looks so carefully combined with an understated elegant power and as far as performance goes, if this is a taste of where the future of motoring is headed, I’m a willing advocated for all things greener.