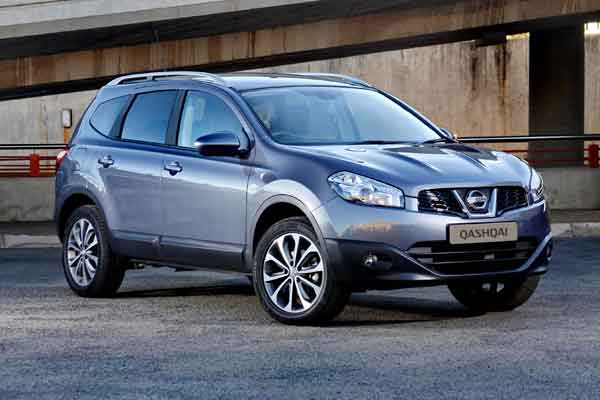 Some of us need a little more space than others. Be it your personal bubble in a queue, splashing out for a Business Class ticket or that trip to the plus-size shop in the mall, having room to breathe is essential. When it comes to small SUV’s, Nissan offers anyone with such requirements their Qashqai Plus Two.

More than just a regular Qashqai with its luggage space swapped for two folding seats, the +2 model is actually 211mm longer, 135mm wider and a little higher. It’s also slightly heavier, has a longer wheelbase and its rear overhang extends an extra 76mm when parked next to its normal sibling.

Other than that, the Qashqai +2 is identical to any others in the range in terms of width, front or rear track and ground clearance (200mm). Only available in petrol and front-wheel-drive, the normal length can be ordered with two engines, two spec levels and one automatic (CVT).

Plus Two buyers may choose between 1.6 Visia and 2.0 Acenta petrol, the latter being our test mule. Crucial differences between the two, ignoring power outputs, are alloy wheels, auto lights and wipers, cruise control, front fog lights, ESP and five manual gears vs. this 2-litre’s six.

Air-conditioning is standard on both models but the 2.0 Acenta also offers climate controlled convenience and two extra speakers for its radio/CD combination with mp3/Aux capability. Initially we had a few fights with Bluetooth media streaming but it behaved impeccably for the rest of our test.

Our daily consumption was 11km/L (9L/100km) so Nissan’s claim is plausible with some careful driving – the Qashqai’s light and responsive controls will help with the task. This 2-litre engine is very lively and offers a good mix of rev-happiness and low-down torque for all types of commuting.

The gear lever has a slightly unusual movement but presents no problems in selecting the desired cog. Another surprise was the two-litre engine’s willingness to light up the front rubber – given sufficient petrol, this Qashqai will repeatedly trouble its traction control.

It should come as no surprise that we also found the far rear (plus two) seats to be rather tiny with limited access. The middle seats do move forward to allow access but potential buyers should keep in mind that the third row of furniture isn’t suited to adults and meant for occasional use.

They fold away very neatly and grant you the opportunity to accommodate two more kids on the way to the cinema instead of having them sit in the boot without a seatbelt or worse still, leave them behind. The added length of the Plus Two also means that you can stow a little more cargo than in a regular Qashqai.