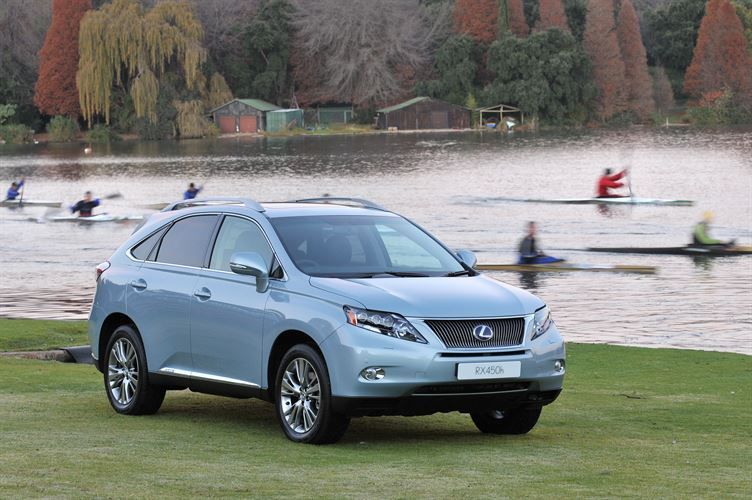 The SUV with a conscience

Unless you haven’t notice it yet, the motor industry has taken some considerable turns in recent times. Rather green turns. Manufacturers had to react quickly to counter the recession and play along with the current mentality of consumers and the press.

I’m not attempting to defend the gas guzzlers, but am dead-scared of a future where everybody rides a bicycle and the latest cars utilise lawnmower engines. I’m sorry, but there’s a distinct possibility that I have 95 unleaded coursing through my veins, and I dislike bikes and lawnmowers.

Meanwhile, clever dudes in white coats are fiddling around with new technologies, like improving batteries or making engines cleaner and more frugal. Hybrid cars are now coming under attack for having environmentally-unfriendly batteries, but rest assured that the white frocks are frantically working on the issue.

Lexus (or rather its parent company, Toyota) has been tinkering with Hybrid gizmos for years while other brands were still in automotive Lala-land. The legendary Prius is at the front of the war against fuel consumption and harmful emissions, and Lexus took a few notes from Dad and them.

My review of the Lexus GS450h made it crystal-clear that big luxury cars can be economical as well; well done, Lexus. Pardon, Toyota. And now they’ve bravely applied the Hybrid wizardry to the most despised type of vehicle, the brash and thirsty SUV.

The new Lexus RX450h combines a 183kW 3.5 litre V6 petrol engine with two electric power plants to offer a total of 220kW. Its top speed is an astounding 200km/h and it rockets past 100km/h in just 7.8 seconds. The Hybrid’s batteries are recharged by the petrol motor, the brakes, or regeneration units while coasting or decelerating.

Its average consumption lies at 6.3L/100km and it only emits 148g/km; figures more suited to a 3-cylinder hatchback. Unfortunately I never achieved 6.3L/100km, more like 8.5 with daily commuting. Considering that this is a 2.5 ton four-by-four, that figure is almost unbelievable.

An RX450h looks impressive, expensive, and big enough to devour a Yaris. While I preferred the previous shape, the new form still looks modern and very dynamic. Its pointy nose and unique window-line immediately identify it as a Lexus RX, and just like with its predecessor you’d have trouble losing it in a parking lot.

The interior presents an experience already familiar from the former RX models. Flowing design, exceptional material and craftsmanship, soft leather, the odd wood insert (hopefully fake), a few monitors and dozens of buttons. I’m unsure if its offers more room that its ancestor, but simply because that offered royal dimension already.

The leather seats are utterly comfortable, including the rear bench with its opulent leg-room. After passenger comfort was well and truly sorted, Lexus assaulted the RX with every imaginable entertainment and comfort feature. No really, they did.

Your only choice is between three packages (SX, XE or LXE) which damage your bank account to the tune of between N$698 700 and N$769 300. The more expensive models receive even more goodies, like a 6CD/DVD Mark Levinson sound system, navigation, another reversing camera, electric tailgate, sunroof and active headlights. Dayum.

Controlling all these features is surely no easy task, and the Lexus solution is a tilting knob that behaves like a computer’s mouse. It sits on the centre console between the front seats and gives both occupants entry to the vehicle/sound/telephone/navigation settings on the big information screen in the centre of the dashboard.

The steering wheel also offers satellite buttons for sound, information and a friendly lady behind the dashboard. She patiently listens to your wishes and does her best to set the audio, navigation and climate control, but she stumbles slightly when directed by someone with a German or Afrikaans accent.

RX450h drives just like it looks – sophisticated and luxurious. With enough battery power (only under 60km/h) it will also be whisper-quiet and consumption-free. And then there’s another surprise in the form of its top-shelf road manners. It isn’t a sport car, but the RX is not afraid of a few sharp bends.

The suspension is equally impressive; the Lexus annihilates bad road surfaces like only the super-luxury sedans can. It also floats along gently at the highway speed limit, with a superb anti-lock brake system and traction control, stability control, electronic brake-force distribution and emergency brake assistant.

Should anything go really pear-shaped, you are surrounded by 7 airbags and can rely on Lexus roadside assistance. The RX450h is sold with a 3-year 100 000km mechanical and 6-year rust warranty, and a 4-year 100 000km service plan. Yes, it’s painfully expensive; but it’s also super luxurious, highly entertaining, surprisingly agile, incredibly comfortable, and fuel efficient.