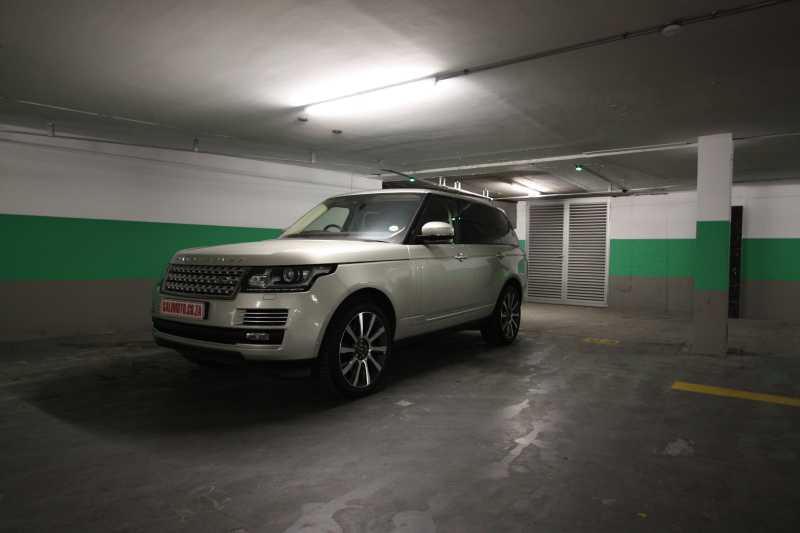 Hey, you know what? It’s been too long since one of my inexhaustible confessions and here it comes: although I thoroughly enjoy driving a new car every week, there were two vehicles I was especially keen to get my hands on in 2013. One of them just blew my mind, again, and it was the new Range Rover.

Perhaps confession numero duo should be that I’m an absolute Range Rover disciple, I love almost every shape and model of the luxurious Landy so this may not be the most objective of reviews. Don’t worry though, I did find some niggles and feel duty-bound to report these to you.

Launched in 1970, the original Range Rover Classic put in a generation of service before the P38A dismissed it in 1996. The third generation, lovingly called L322, arrived in 2002 amidst ownership roulette between Ford, BMW and Tata. Late in 2012, it was replaced by this L405 model.

Ten years of development certainly shows in the new RR’s tech and design, Land-Rover did well to retain the big SUV’s classic proportions while sprucing up details like the flashy, swept-back headlights which frame a very shiny grille. The trademark rear lights also swoop forwards a bit.

…the new Range Rover nicked many ideas from the inspiring Evoque…

Its cabin certainly got the most attention, especially in terms of layout. Where the old one was an imposing collection of buttons and knobs in a square-ish dashboard, the new Range Rover nicked many ideas from the inspiring Evoque and relies heavily on a new touch-screen monitor.

This multi-level device made many of the aforementioned button and knob gangs redundant which results in a leaner look for the centre console. The steering wheel still groans under the load of buttons but it looks amazing, thanks to a new design with what looks like two silver space pods.

The central tunnel between the front seats was also tidied up with that animated Jaguar gear selector. Controls for the new Terrain Response (which now scans ahead and auto-selects a program) have also been streamlined while the all-digital instrument cluster features a new look.

As for the car’s features, I’d run out of space listing every item so here’s the cream of the crop: five-way surround cameras, climate seats, 1,700W Meridian surround sound system with 29 speakers, power tailgate (upper and lower), at least one refrigerator, intelligent ride control and the finest materials imaginable.

…the carpets appear to be an inch thick.

Everything feels, looks and smells expensive. Every storage nook is lined with velvet, the headrests are unbelievably soft, finely stitched leather radiates a divine smell, the cup holder cover is one piece, most controls are framed by brushed metal accents and the carpets appear to be an inch thick.

You may choose from 22 exquisite colour combos – ours was cream and oxblood – and the exterior offers similar individualisation. The louvers and bottom sill on the Range Rover’s flanks can be a contrasting colour, just like roof (optional full glass), and the wheel sizes on offer are 19 to 22 inch.

LED daytime running lights frame Xenon projectors with finely engraved writing and the puddle lights cast Range Rover logos into the dirt so you remember what you’ve arrived in. All these goodies depend on which model you choose; the luxurious Vogue or decadent Autobiography (tested here).

For even more luxury, you may order two Executive seats and entertainment in the rear which surely makes this the most opulent four-seater in the world. Obviously these seats can be heated or vented, offer multiple massage functions and electrically adjust in directions you didn’t realise existed.

Other facts you should know about the new Range Rover is that it’s gone on an all-aluminium diet and shed up to 420kg over the previous model, positively influencing handling and consumption. It’s currently available with a choice of two incredibly powerful engines.

The SDV8 even emits a lovely V8 howl as it breaches 2,000rpm – not that you ever need to pass it in daily traffic. Steering feel and that dynamic air suspension are incredibly refined, allowing the big car to corner quickly and smoothly while giving the new Range Rover that detached, silky ride one expects.

It can even park itself.

Our Autobiography SDV8 model silently floated beyond 120km/h in the same regal manner as it ploughed through mud, puddles, sand and rocks. And let I remind you that this is the Range Rover’s true calling – there is no situation where it isn’t king, from flooded stables to hillside Villas. It can even park itself.

I did promise to divulge a few concerns so here goes: the touch-screen has swallowed so many buttons and features that it can be tricky to figure out and the front windscreen’s heating elements can be distracting. The expensive low-profile tyres may hamper serious off-roading and speaking of expensive…

…it’s the best car in the world.

Prices start at N$1,466,200 and can easily pass N$1.7 million if you make merry with the price and options list. That may seem ridiculous but gets you a ridiculously good car that masters anything you throw at it. I don’t think I’ve ever typed this before but it does apply to the new Range Rover: it’s the best car in the world.