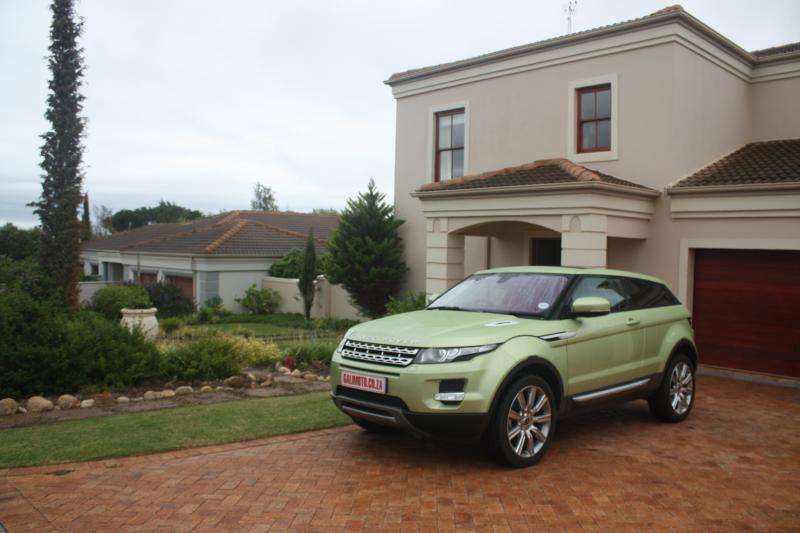 International motor shows usually feature a few concept cars to show the press and public what designers would have built if cost and practicality weren’t an issue. Most of these outrageous concepts disappear back into obscurity but a select few make an almost unscathed jump to production.

Honda’s eighth generation Civic UFO springs to mind, as does Land-Rover’s LRX concept which saw the light of day in 2008. It showcased the sort of cutting-edge, arresting design which can make a Range Rover Sport look boring and the world’s flattering reactions must’ve been enough to put it into production.

Assembled at Halewood in England, the Evoque is a true sales phenomenon and multi-faceted jewel in Land-Rover’s crown. Based on the Freelander 2 with Range Rover looks and environmentally-friendly technology, it even plugs the gap to Discovery 4 while drastically boosting Land-Rover’s street cred.

Rumoured to have been guided by Victoria Beckham, the Evoque’s interior easily matches its rakish exterior with a low roof, heavily slanted dashboard and front windscreen, exquisite materials and options, as well as beautiful design features handed down from big brother Range Rover.

Love it or hate it, there’s no denying that an Evoque is a striking car. The strong wedge profile of its window line meet a flat roof (with optional full glass insert) and probably draws the most criticisms. “Looks like an elephant sat on it” usually follows the obligatory “Rear visibility must be atrocious”.

Well yes, and you wouldn’t believe how many people will tolerate it just to own one of these cars. Oh yes, and there’s a reversing camera with plenty of parking beepers. Despite being available since 2011, I can now proclaim that a Range Rover Evoque will get you plenty of looks out on the road.

What may have helped our test car was its coupé (two-door) shape which looks a little sleeker than the four-door model; the roof is 3cm lower. Better still, it left the factory coated in lime green metallic with 20-inch chrome wheels and the aforementioned glass ceiling, all of which racked up impressive amounts of stare time.

Had everyone been allowed inside, the gawking would’ve continued unabated as our Evoque had soft black leather with white stitching and swirling floral patterns all across the metal trim panels on its dashboard. As girly or strange as it may seem, the combination works well and got quite a few compliments.

Don’t panic. If you’ve got your eye on an Evoque and want something more sedate (or whacky) there are 12 exterior and 12 interior colour hues to build your dream car. Besides four- or two-door body styles, you can also choose between a 2-litre turbo-Diesel (140kW/420Nm) and 2-litre turbo-Petrol (177kW/340Nm).

Both engines drive Land-Rover’s Terrain Response 4×4 system through a six-speed automatic gearbox. The unibody construction sits on independently-sprung wheels and we found the Evoque to be incredibly comfortable and dynamic on various terrains and at all but very low speeds.

…low-profile, high-speed tyres will be its Achilles heel.

Fuel consumption and CO2 output for both engines are impressive so it seems they weren’t kidding about this being a planet-friendly Rangie. Thanks to Freelander genes and Terrain Response, it will even cover quite a bit of rough ground – the low-profile, high-speed tyres will be its Achilles heel.

As for features, the Evoque’s list of toys depends on which final trim level you pick – Prestige for luxury and elegance, Dynamic if you prefer yours a little sportier. All of them feature touch-screen navigation and multimedia, Meridian audio, as well as plenty of powered, automated and computerised items.

Optional items you could fit to your Evoque include bigger and flashier wheels, other interior trim panel materials and design, headliner colour or “Adaptive Dynamics” with dynamic mode and magnetically-controlled “MagneRide” dampers which alter their firmness in a split second to adapt to the current terrain.