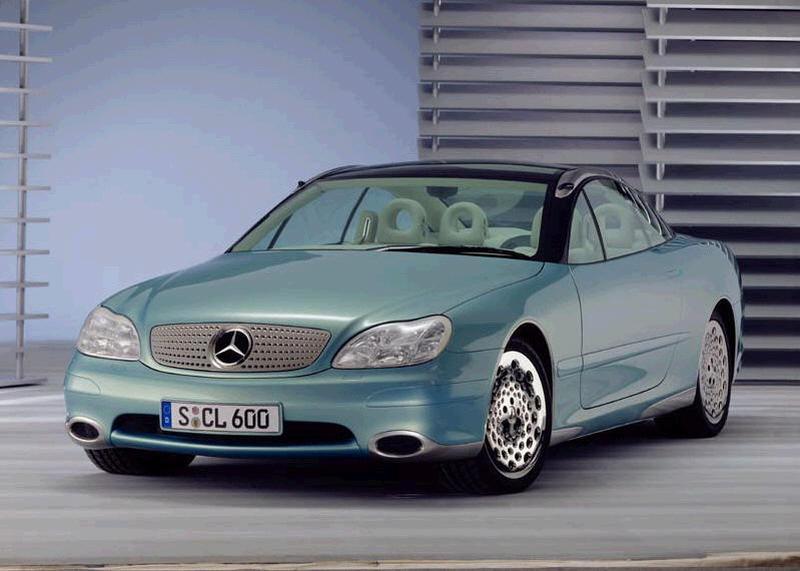 The basis for my rants is usually an annoying event that becomes downright intolerable or repeats itself too often. The latter occurred just this morning in the shape of two forwarded emails about BMW’s.

I’d like to pose the question: who initially composes emails about cars? It matters not if the subject matter is a new car, exotic car, classic car, crashed car, slightly dented car, diamond-crusted car, pearlescent luminous tangerine car, or a car of any make or model really; the resulting email is guaranteed to have been brutally blown out of proportion.

Having involuntarily received “the car person” status in my group of immediate friends, I sincerely appreciate their best intentions with automotive-flavoured emails. Even if the wheels happen to be 66 inches in diameter and made of Kryptonite.

Case in point: an email I received this morning regarding a BMW Z4 that was (apparently) speeding at 225km/h in Australia and (apparently) hit a Kangaroo. When the driver (apparently) got out to investigate the damage, he (apparently) found the images following this description. 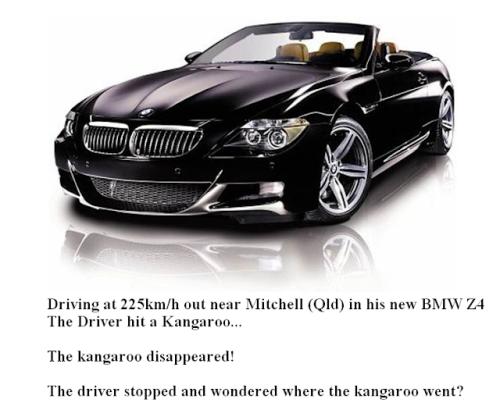 To start with, the initial image of the Z4 was anything but. It was a 6-series convertible; an M6 convertible, to be more precise. This error of simply moronic proportions gives car fundies a good idea of what’s about to follow.

The disgusting images of what (apparently) are the mangled remains of a Kangaroo jammed inside the engine bay of the Aussie Z4 clearly depict a 3-series sedan with a Frankfurt (German) number plate. Last time I checked there were no ‘Roos in Germany, no German ‘plates in Australia, and no Z4’s that look deceptively like an E46 with a four-cylinder engine. 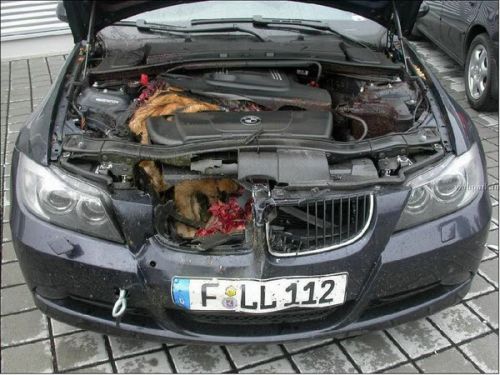 Why, why, oh why, would you make up such an elaborately stupid story when the photos can’t back up your claim? It’s the same for the succeeding BMW email about their new Vision concept car, which the author has brainlessly christened the “Anaconda”. Why? Thank Goodness s/he didn’t include the specs, because they would’ve surely committed the second-worst motoring email sin…

…which is, completely exaggerating and bottling the specs of a car. The last one I received was of a chromed McLaren Mercedes SLR, which the retarded author pointed out as the “new” SLR (production seized years ago, Einstein) and mentioned that it was coated in pure Platinum. 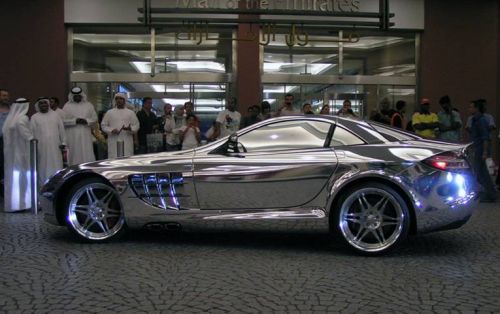 This idiotic accusation was only outdone by the dim-witted mention that it has the latest V10 quad-turbo 50-million horsepower engine. It might have had more power but I purposefully forgot. I’d also love to know how you quad (four) turbo-charge a V10 engine? With five cylinders on each cylinder bank, how will you attach two turbos to five cylinders? Huh? Two-and-a-half per turbo? I would give anything (like, a trillion dollars) to see that exhaust plumbing.

Mercedes and McLaren have never built a V10, nor are they planning to in the near future and the only turbo plans are for their V8 engines. And the “new” SLR has already been and gone; it’s called the SLS and was built by AMG, followed by the current GT supercar.

The owner of the car was obviously some gazillionaire sheik who owns every Ferrari in the world ever, all the oil on the Earth and Moon, and Antarctica. This leads me to believe that any car email is composed by a school of 11-year-old habitual liars who have nothing better to do than give the latest and greatest vehicles stupid names and improbable specifications.

Stop it. I beg you. Otherwise Bill Gates won’t send you a cheque, and you’ll never receive the free (15-year-old) Ericsson mobile phone. Ericsson, by the way, was unceremoniously swallowed up by Sony and seized mobile phone production years ago.