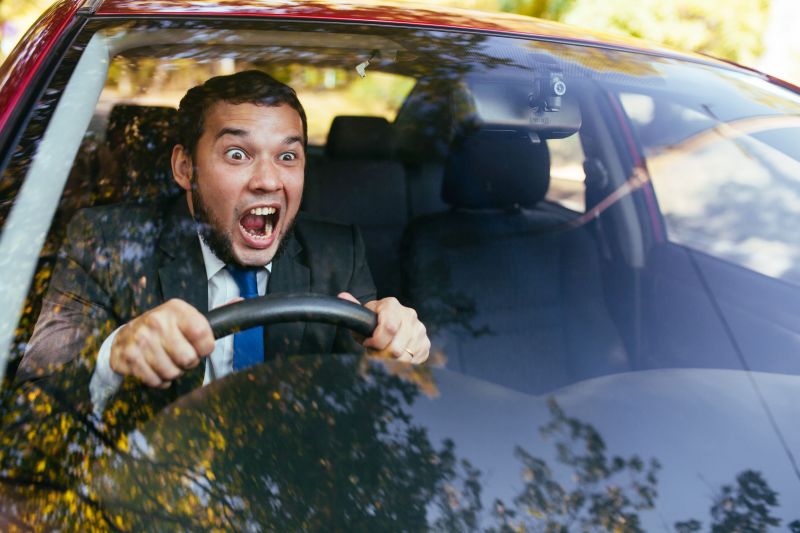 Have you ever experienced road rage or had someone hoot at you while waving a specific finger in your general direction? Chances are that you made one of the following mistakes which are becoming quite a common occurrence on our roads. That’s a hint, by the way. Please don’t do any of these!

This is, by an unbelievably big margin, the most annoying thing according to everyone at NamWheels. When a fellow motorist fails to move over to let others pass (on a dual-lane road), he or she is exhibiting the highest level of selfishness and disrespect for others. This does not apply to single lane roads where slower cars sometimes move onto the hard shoulder (over the yellow side line) to let others pass – that act is strictly voluntary.

2) Moving over too late

There is only thing more annoying than someone not keeping left and passing on the right. It’s the car on a single lane road which holds you up for kilometres (that’s ok, it’s their choice) but suddenly moves left onto the hard shoulder when you finally have a gap to overtake. Why only then? Why not a few kilometres earlier? If cars had rocket launchers…

Rumour has it that one of our journalists once compiled a week’s worth of statistics during his morning walks and it turned out that almost ¼ of cars had their fog lights on for no good reason. The chief offenders were VW Polos, Hyundai i20’s and Toyota Fortuners with some habitual offenders already down to one fog light because the Namibian heat fried a bulb or the wiring. That’s also a hint. Fog lights are for use in foggy conditions. Not at lunchtime in Otavi on a summer’s day.

You know what we’re typing about, right? It’s usually a white Japanese bakkie with the driver’s window open and the entire arm (yes, ALL of it) dangling down like a limp vegetable. While it’s the driver’s decision to do that, it’s our opinion that it looks unbelievably stupid and is semi-dangerous. Most of these bakkies have manual gearboxes so how do you shift, steer, indicate and dangle at the same time? And more importantly, why?

Are we all in agreement about what the word “hazard” means? Good. That’s why your flashing indicators are called hazard lights, to attract attention in an emergency! In Namibia, hazard lights have long become a cry wolf scenario to be used for double parking, causing confusion in REAL fog patches, exchanging pleasantries or as a get-out-of-jail card for rude or inconsiderate drivers. And please, people, hazard lights are not a substitute for brake lights. Only use them in emergencies!

We’re not quite done yet. We think these are also quite annoying: