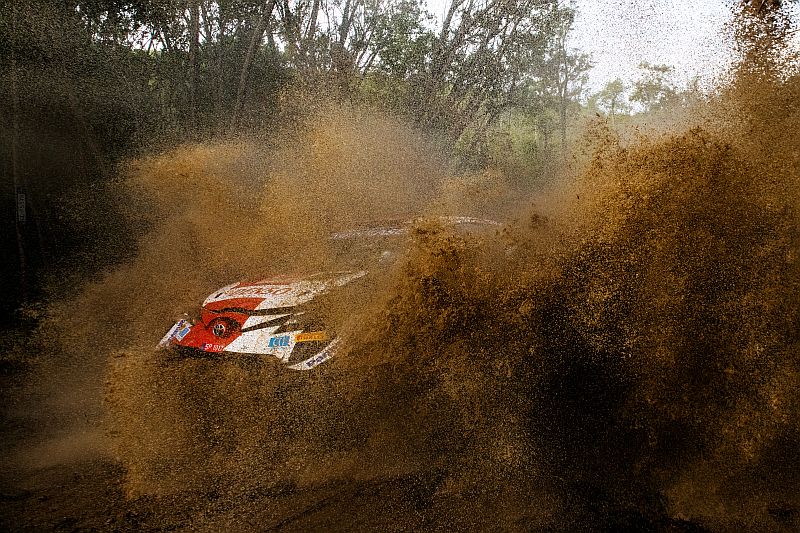 Images of a Celica, drenching a completely mud brown as it slid through the muddy terrains of Kenya remains as one of the most iconic WRC images on one which represents the reliability of Toyota’s globally.

So dominant was the team that it took three consecutive victories from 1984 to 1986, when Björn Waldegard and Juha Kankkunen took the victories. Waldegard would win again in 1990, but it was between 1992 and 1995, in which Toyota absolutely dominated the rally.

One year later and Kankkunen saw himself in the rivals car. This not only allowed him to take his second Safari Rally victory, but also lead a top 4 finish for Toyota. Markku Alén, Ian Duncan and Yasuhiro Iwase filled the top 4 positions to demolish the chasing Kenyan drivers, all in Daihatsu Charades.

In 1994 and 1995, Toyota again finished with two cars on the podium. These would be the last years in which a Toyota triumphed at the Safari Rally.

However, as all the current WRC teams and drivers will find themselves on new terrain this weekend, it is Toyota who will be at the head of the field in terms of experience and form.

Not only did the previous Gazoo Racing team principal, Tommi Mäkinen, win in 1996 and 2001; but does the team also seem to have formidable form in 2021 under the leadership of Jari-Matti Latvala.

Winning four of the opening five rallies this season, both Sebastien Ogier and Elfyn Evans seem to be the contested favourites for the 2021 title, as they did in 2020.

Joining them will be the Toyota’s of Takamoto Katsuta and Kalle Rovanperä. The latter might have been less than two years old when his father, Harri, battled with the late Colin McRae in Kenya, but will certainly have his fathers’ wisdom to help him in this race.

Although both Ogier and Evans will contest one another hard, the pair will also work hard in launching the team even further into the manufacturers lead.

With such a strong pedigree weighing on their shoulders, all eyes will be on the Toyota squad this coming weekend.