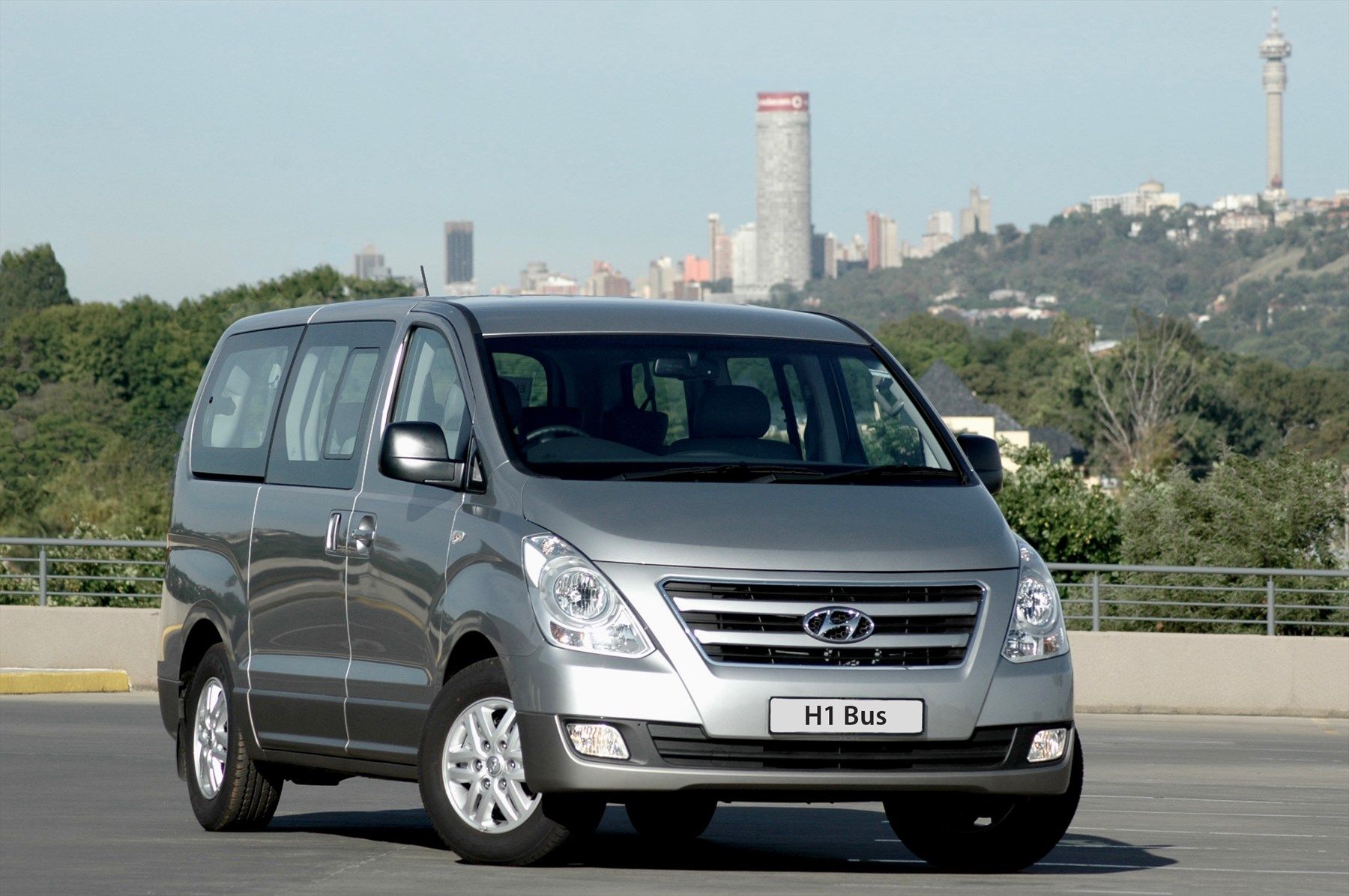 As our first launch report for 2016, it’s only fitting that it should start with a bang. Bang for your buck, that is. In a market where small city runabouts long surpassed six figures and compact luxury sedans are pushing half a bar, it’s great to know that Hyundai’s updated H1 bus range represents excellent value.

At the launch, Hyundai South Africa took the opportunity to touch on some of the brand’s recent news, including new design leadership and the introduction of their Genesis luxury brand. Five Good Design awards, the new IONIQ hybrid range, fuel-cell ix35 and WRC i20 accolades were also mentioned.

The Hyundai H1 range was launched in 2009 as a petrol or turbo-diesel; in bus or van configuration with the split-personality MultiCab joining the crew in January 2012. A total of 13,312 H1’s have been sold (10,493 busses, 2,017 panel vans and 802 MultiCabs) and the latter’s launch report still holds record hits on our website.

Diesel models add a leather-trimmed steering wheel and gear lever, auto air-conditioning, cruise control, ESP, side airbags, electric folding mirror, as well as an auto driver’s window with anti-jam function. According to local execs, bus sales have been a neat 50/50 split between private owners and businesses.

The passenger H1 currently occupies a superior 21.5% market share, 6.9% up from last year. Its biggest competitors are the Ford Tourneo, Mercedes V-Class and Volkswagen Kombi/Caravelle. The Hyundai bus has bigger exterior dimensions than the VW (except height) and is almost identical to the V-Class.

When comparing similarly-priced models, the H1 Turbo-diesel 9-seater bus trumps its rivals in power outputs, specifications and price. Although this was to be expected, a comparison to the new Volkswagen T6 range (which we met late last year) sees the Hyundai trailing in terms of quality. Not by much, mind you.

Hyundai was also quick to point out that the topic of this launch report – value for money – is often a deciding factor for H1 sales. One of their biggest customers is Transnet, who uses a fleet of busses to ferry train drivers about. Average mileage often runs at 200,000km a year and the H1’s do so without fuss.

Commercial customers can also look forward to a fresher H1 as the panel van receives standard cruise control and that folding key jobby. Hopefully that’ll help it to counter its falling market share of 5.1%. The MultiCab receives the same, as well as new alloys and Bluetooth. Its 6.3% share is also dwindling.

Our launch route included many Cape Winelands highways and byways riddled by some rather nasty winds. I’m happy to report that our Turbo-diesel automatic 9-seater H1 not only proved to be more stable than expected, it also absolved a “Transnet dirt-road test” with great aplomb and very few rattles.

Space and comfort are excellent, all controls are simple and well laid out while the 2.5-litre four cylinder’s 125kW or 441Nm provide good grunt through a relaxed and smooth automatic gearbox with tip function. Hand on heart, it felt spritelier than a 103kW TDi Volksie, while easily matching the 132kW / 400Nm T6.

As a proper family van, this H1 has two sliding doors and a folding jump seat (or table and cup holder) between the front two chairs. The front passenger seatbelt catch was difficult to engage and Bluetooth connections can’t be done on the move but you’ll surely agree that both of these are safety-related issues.

Hyundai will throw in their famous 5-year/150,000km warranty and a 5-year/90,000km service plan with each sale. Apparently, they still have 10,490 vehicle covered by said warranty. I’m assuming that the missing few belong to Transnet who took advantage of the H1’s major selling point: bang for your buck.