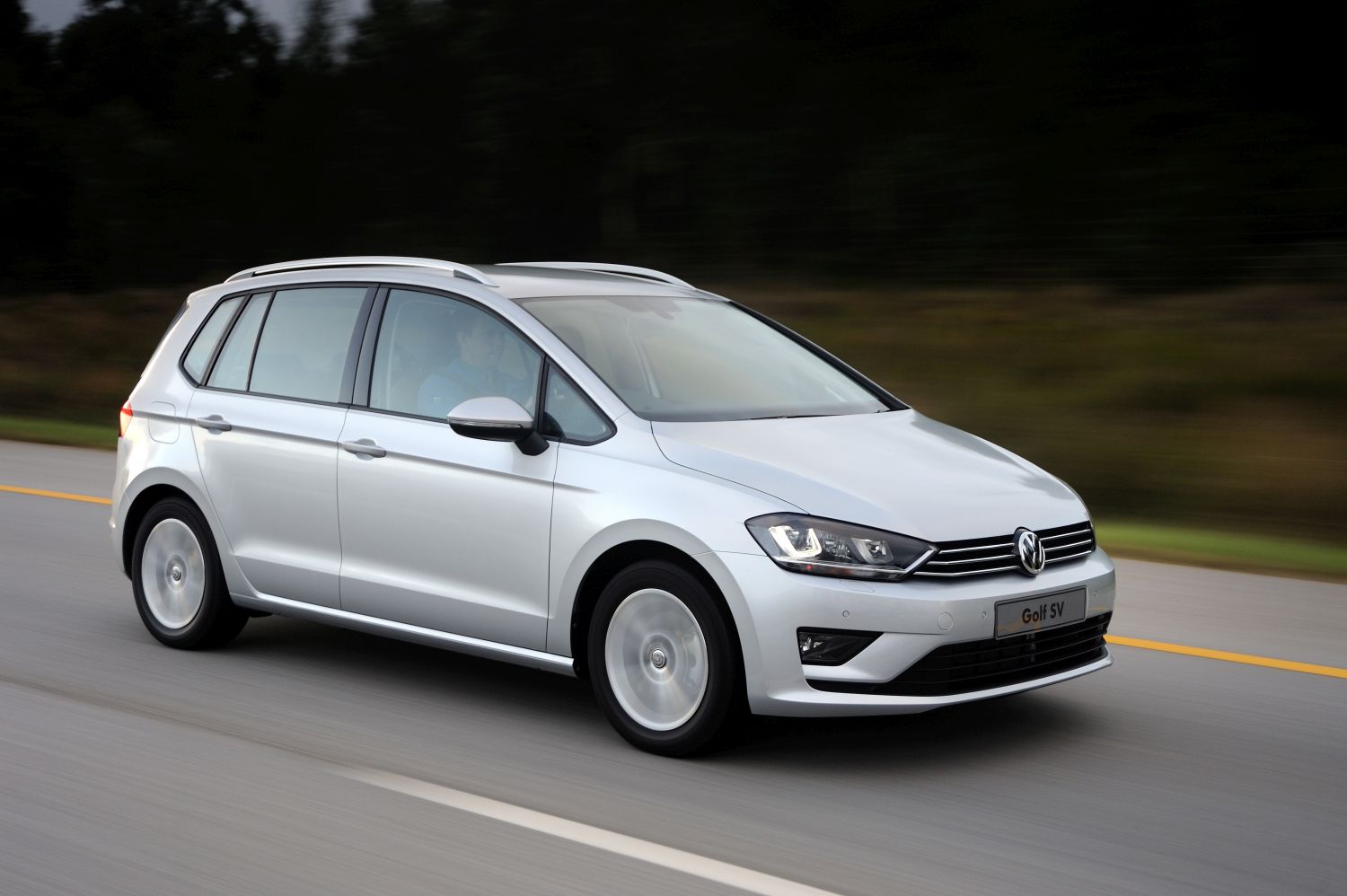 Although we are blessed with a multitude of cars – some may even argue abundance – there are some models which we don’t get. Next to any left-hand-drive-only examples, quite a few sub-species don’t always make it to our shores. One such car was the Volkswagen Golf Plus.

I’ve used the word “was” for two reasons; firstly, VW South Africa has finally decided to bring in the third edition and secondly, the bigger Golf is now called a Golf SV (short for Sports Van). You just read the simplest explanation of what this car is – a larger version of the Golf.

If you’re comically inclined, imagine a Wile E Coyote setup where a shot of compressed air goes up a regular Golf’s tailpipe. Poof, job done. I could end this text now, throw in a reference to the Jumbo Golf (MkII) and meep-meep down the sunset-drenched road but there’s way more that I need to tell you.

Based on the same multi-vehicle MQB platform, SV has a superior wheel base among its many larger dimensions but doesn’t share a single body panel with its namesake. The only similarities are badges, wheels, some interior trim, switches and buttons. Most of which you’ll also find on other VW’s.

The grand plan is, of course, added space and better functionality as well as improved visibility on the already superbly capable Golf. All the other desirable VW characteristics like build quality, safety and ease of use have not only been retained but improved on. Golf SV also has a higher driving position.

Its looks are highly commendable as every SV casts a few hints to its parent but has its own identity with those chiseled good looks, modern light clusters, subtle detailing and a prominent shoulder line. It certainly doesn’t look like a Golf that’s been at the bottom of a lake too long.

Panel gaps and paint quality are on the usual excellent standards due to SV being built next to other Volksie brethren at the mother ship in Wolfsburg. As for its cabin, any untrained eyes may immediately mistake it with that of a Golf but the keen observer will notice how everything has puffed-up. Grown a bit.

Dials, screens, knobs, handles, materials are all familiar but you’ll notice that the dashboard is deeper to accommodate the SV’s bigger windscreen. The next two evident improvements are rear leg room (with seats that can slide 18cm) and the slightly more cavernous boot which can swallow a class-leading 500L.

Volkswagen demonstrated the cargo room versatility to us by placing the removable parcel shelf in a pre-molded slot under the boot floor. The rear seat backs can fold in a 40-20-40 arrangement for all shapes and kinds of loads with the full cargo area turning Golf SV into any estate car’s nightmare.

Under the boot floor you’ll also find a full-size alloy spare wheel which can be removed to make room for a VW bicycle rack. Clever. Very clever. Half my friends are obsessed with mountain bicycles and the other half won’t touch a car if it doesn’t have a full size spaarwiel.

Other notable goodies are front seat drawers and a 1.5L bottle holder in each door. Standard equipment depends on the model bought but all Golf SV’s have decent base specifications which include numerous driver aids, seven airbags, comfort and infotainment items, as well as multi-collision brake assistance.

Check with your nearest dealership for exact pricing which should hover between N$292,500 and N$359,200 without options. A 3-year/120,000km warranty and 5-year/90,000km service plan are included. I drove only TFSi models on the launch but sampled both gearboxes in various conditions; they are outstanding.

The Golf SV’s road manners are exemplary for family transport – comfortable, quiet and predictable. As expected, it drives like a slightly taller Golf and with its keen pricing the two nearest and newest German competitors can’t match this car spec-to-spec at VW’s sticker prices.

Throughout my interaction with the car I was reminded of my cousin, a Volkswagen fan who carts her kids around in a Touran. That little van will get sufficient distance from Golf SV with seven seats for all new models; which makes this Golf SV the perfect next car for cuzzie and her brood.

That brings me back to my initial point. The brilliant Golf Plus / SV should’ve arrived here much sooner.