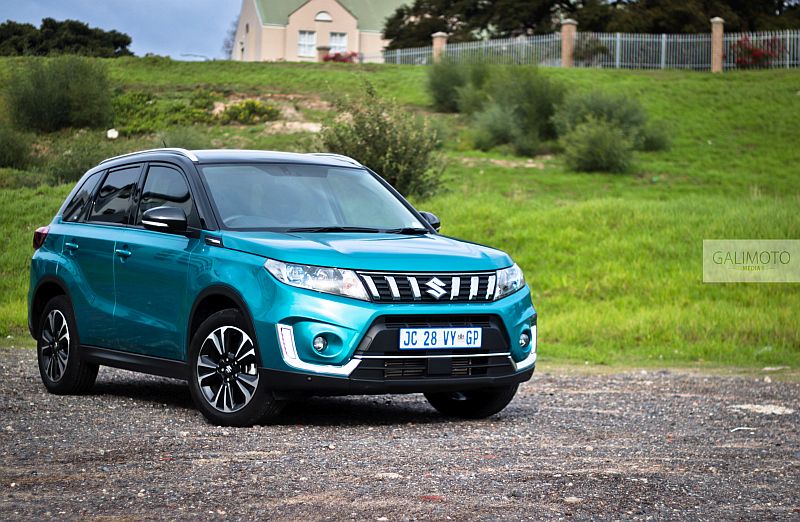 The Suzuki Vitara has gone through quite a few transformations, from a chunky compact SUV to “the Grand”, then this bizarre shape and now turbo-power for its mid-life facelift…

You should know: The Vitara is now in its fourth generation and we got this new model not long after its international debut in 2015. At first available with a 1.6L naturally-aspirated four-cylinder petrol engine, the Japanese manufacturer finally caved into consumer demand by adding this 1.4L turbo-four petrol engine.

What else? That includes this 1.4T GLX with its maximum outputs of 103kW or 220Nm. And before I go any further, I cannot stress enough how underrated those figures are. After just a short while behind its agile wheel, I was convinced that it put out wayyy more power than that through its slick gearbox / light clutch combination.

Overall handling is a great balance between ride comfort and grip levels.

Why you shouldn’t: My biggest gripe is the car’s design; especially the bizarrely blunt rear end. However, considering all the above praise, this isn’t a deal breaker to me. Some people disliked the interior’s quirky seat patterns or large analogue clock but the only thing I frowned upon was the comparably basic interface of its media touch-screen.

Summary: Compact SUV’s are all the rage and every manufacturer wants the biggest share of this trendy market. Suzuki’s new Vitara started off with a slightly mundane base but next to good specs, excellent value and interesting colours it’s now got seriously entertaining power. In fact, I gave our teal metallic press car a nickname…