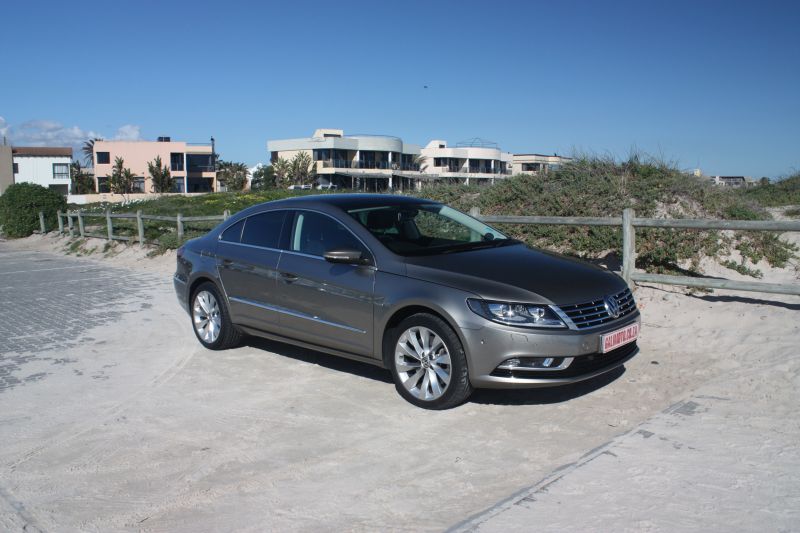 Time for a quick course in German. Volk means Nation and Wagen means Vehicle; more or less. Combine the two with the obligatory “s” in between and you get Nation’s Vehicle or, if you like, People’s Car. Despite a faint whiff of socialism, that’s what Volkswagen stands for – the nation’s vehicle.

I mention this because VW can’t seem to shake the image of affordable cars for average citizens, no matter how many exciting brands they gobble up or Phaetons they build. The Phaeton, by the way, is a gigantic sedan which easily rivals an A8, S-Class or 7-Series and is thankfully not for sale in South Africa.

It’s not a terrible car, quite the opposite is true, but our sales figures don’t seem to fancy expensive Volksies. We want Polo Vivos, thousands of them. We’d happily take back the Citi Golf and only fork out extra cash at a VW dealer if the company’s paying and/or the badge says GTi.

Which brings me to the Volkswagen CC I drove this week. It’s slightly bigger, more beautiful and expensive than a Passat which lords over the Jetta with the same attributes. None of them sell in great numbers but they do overseas – which cancels my idea of combining the Passat and the CC.

You see, I found the Passat to be brilliant but slightly stale and the CC’s good looks would make for an ideal marriage. The family face is getting awfully close anyway and you need only park a Polo sedan, Jetta, Passat and CC next to each other to start wondering about who’s been kissing cousins.

The CC is VW’s attempt at capturing their share of four-door coupé sales. Think Mercedes CLS and Audi A7, although none of these are four-door coupés because such a thing doesn’t exist. These cars are sleeker, sexier versions of existing models and the same could be said for the flowing lines and beautiful shape of the CC.

Our test vehicle also distinguished itself from Passat & Co. in two other, notable ways. This range-topping model is powered by a snorting V6 petrol engine and digs all four claws into the ground thanks to its 4Motion four-wheel-drive system.

The CC shares 2-litre turbo-diesel or turbo-petrol engines with other models but the 3.6L V6 is only to be found in the Touareg and no other passenger car.  Go on, double-check it. That makes this CC a bit special to me and, together with its weird metallic brown colour, a car for connoisseurs or eccentrics.

The six-speed DSG gearbox overcomes its awkward slow speed response quickly to seamlessly zip through its available cogs, via shift paddles and/or Sport mode, if need be. It also has launch control which enabled our GPS to record 5.4 seconds to 100km/h. Best of all it can quietly cruise at 120km/h with about 2,000rpm in top gear.

Ride quality is superb for a big sedan and the bias is on passenger comfort, handing over to a slightly vague front end and masses of 4-wheel-drive grip when pushed harder. The chassis and 4Motion system will take a lot of abuse before the electronic safety aids have to step in.

I’m positive that it’s the brawny engine which makes all the difference because the smaller four-cylinders won’t provide this level of grunt. They should definitely be more affordable and economical with the 70L tank filling, plus every CC treats its occupants to a finely crafted cabin.

The interior is a concoction of many other VW items which are blended in a way that provides enough of a difference to ordinary cars. Most notable is the pinched roof-line and pillar-less doors, both of which add to the coupé feeling and, together with a black boot strip, give the car an amazing 532L of boot space.