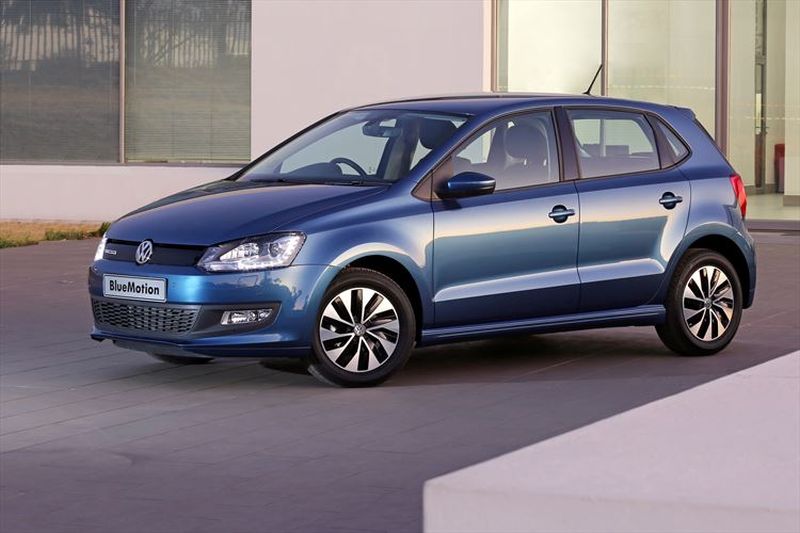 Yesterday I was abducted by aliens and had a beer with John Lennon. Why? Because I’m quite sure that nobody in the entire country will read this review so it doesn’t matter what I type. Reviewing a Volkswagen Polo is like trying to promote water or fuel. People buy it without encouragement.

There are a few other vehicles like this on the market whose makers could fit the body back-to-front or the lights upside down and sheeple would still flock to the showrooms in their droves. This freshly revamped Polo might be outsold by its cheaper and older Vivo sibling but it’s still a constant seller.

The main reasons for its popularity are value for money, quality and versatility, plus the sensible badge and trustworthy dealer network. It’s a safe bet. You can’t go wrong by buying one, nor will you struggle to sell it when the kids come along. As an added bonus, nothing says junior management better than a silver Polo.

Volkswagen currently builds seven hatchback versions of this model, most of them using a 1.2L Turbo-Petrol four-cylinder in two stages of tune – 66kW and 81kW. There’s one Turbo-Diesel and the 1.4L GTi, while other choices include various levels of trim and manual or DSG gearboxes.

The subject of this review is a Polo TSi 81kW Highline DSG, which means it’s the most luxurious and powerful non-GTi non-Cross model with VW’s quick-shifting, 7-speed, dual-clutch automatic gearbox. Sold with a 3-year/120,000km warranty and 3-year/45,000km service plan, it will set you back N$251,900.

Walking around or sitting in this new Polo confirms what many have stated before – Volkswagen’s build quality is exceptionally good. Competing brands may be catching up but this Polo looks and feels like an expensive, premium product. Unsurprisingly, the same can be said for its operation.

Steering and pedal feel is light yet direct, the suspension and 45-series tires strike a good balance between comfort and handling, while power outputs are more than you’d expect from a one-point-two. Volkswagen claims 110hp and 175Nm, 0-100km/h in 9.3 seconds and a top whack just 4km/h shy of 200.

Drive it like your Gran and the manufacturer alleges that you’ll achieve averages of just 122g CO2/km and 5.1L/100km from the 45L fuel tank. We came close(ish) to that consumption figure on a steady highway cruise but most testers reported that their daily average hovered around 7 to 8L/100km.

One driver took full advantage of the 60/40 split rear folding seats, extending the 280L boot to 952L. Another bemoaned the DSG’s slow-speed behaviour but praised its efforts on the other end of the performance scale; especially when stirred up by Sport mode and the shift paddles on the steering wheel.

All in all, the new Polo passed through a few hands without major fuss or comment. The addition of new toys, colours, trim, safety tech and drive trains mean they’ve just tweaked and improved on a winning recipe. You won’t find any surprises from us – the Volkswagen Polo is still amazingly good.

Should you actually be reading this with divided anguish and a desperate need to choose between a Polo and some other car (my guess: a Yaris), I suggest you toss a coin in the air. With any luck, as the coin sails past your eyes, you’ll know in your heart of hearts which one you want.