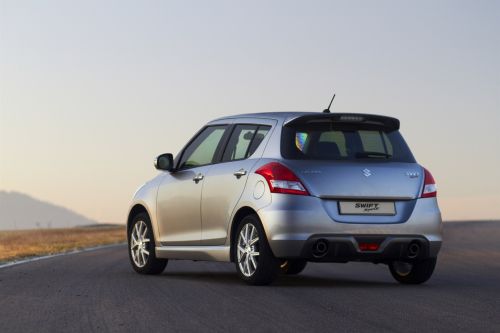 Despite fluctuating sales the motoring industry has never offered more diversity and consumers are absolutely spoilt rotten for choice when it comes to selecting their next set of wheels. We at NamWheels have compiled a wee list of cars which we believe to be hidden gems.

Think of this as a Golf with modern Alfa DNA. Its size, looks, price, tech and power are all impressive yet the Guilietta remains a rare sight on our roads. Alfa’s Multi-Air turbo-petrol four-cylinder is at least a match for the VW/Audi TFSi motor and if you’re worried about the old Alfa reliability issues, it comes with a decent warranty and service plan. That means you can drive one for a few years and then sell it to us. Thank you.

None of us were overly fond of the (previous or current) Six Series’ fatboy looks but our 640d test unit (trimmed in white with red and black leather) quickly grew on everybody and proceeded to spoil us rotten. This car has plenty of power, toys, comfort, space and presence while being reasonably frugal and understated. Make sure you tick the N$50,000 Bang & Olufsen option, it’s the best sound system we’ve ever experienced in a test car.

Our memories of this are barely a week old and mostly made up of pleasant surprises. The 2012 Chrysler 300C has addressed the majority of its predecessor’s niggles and somehow managed to blend a more modern look with the old one’s bad-a$$ demeanor. The CRD model we tested was smooth and powerful, spacious and luxurious while being eerily quiet at any speed. Oh and it’s absolutely packed with toys yet cheaper than any of its direct competitors. We love it.

Another brilliant automobile which deserves more sales – although it’s always been on the pricey side. Quality and specification are great (no nav though) and the current shape seems to be ageing just as well as the previous generation. Speaking of which, the Accord holds its resale value reasonably well because it represents a pre-owned treasure. The 2-litre is a decent commuter but lacks punch, which is why we’d recommend the trusty 2.4-litre. Don’t shy away from high mileage models provided they have a full service history.

Think of this as a Korean Honda Accord at ¾ of the price. Quality and performance aren’t amazing but looks, space and comfort are. When shopping for a medium saloon out-of-the-box, you should at least take this for a drive. Also comes with Hyundai’s long warranty.

There’s nothing special about the KIA Soul except its oddball looks. If you dislike them, we understand completely and you may stop reading now. But just like Toyota’s FJ Cruiser, the weird looks hide a car that’s not bad to drive. Not everyone at Galimoto agreed on this but we’d all rather have this than a Polo or Corolla. Just make sure you get a weird colour – our favourite is this condensed milk hue.

The car which caused a lot of turmoil at Galimoto Media – our silver Jaguar XF 2.2D press demonstrator was handed back and forth between testers because everyone wanted to drive it. Once they’d done so, everyone wanted another chance and was almost at each other’s throat by the start of the weekend. The XF is a seriously good-looking car and the 2.2-litre turbo-Diesel is a seriously impressive engine. Add that Jag luxury and a smooth auto’box to the mix and it becomes a bargain at N$473,100.

The Lexus IS range is due to be replaced soon which is all the more reason to buy one. Dealers will be desperate to flush old stock and the car will have a whole lifetime of updates engineered into it. In all probability, it would’ve also been sold with lots of optional extras but as this is Lexus they pretty much come as standard. Go for a high-spec IS250, get the rare manual for a bit of fun or the IS350 for scaring 335i’s.

See also, Jaguar XF 2.2D. The new M-Class is quite a brute so we had our reservations whether the tiny turbo-Diesel four cylinder would cope with all that bulk. It does and it does so well thanks to an updated seven-speed automatic gearbox. We also tested the ML350 with its roaring petrol V6 but the 250 BlueTEC gets our thumbs up for adequate performance and hilariously low fuel consumption – we got it down to 5.8L/100km once.

Most of us expected this to be a plastic feast of boredom with a haunting soundtrack from that CVT (continually variable transmission). Initial impressions were good, the plastics aren’t bad and the XV proved to be a great little SUV. The CVT is as lethargic and noisy as can be expected but tickles the 2-litre Boxer engine to the tune of impressive fuel consumption. It’s reasonably capable off-road, has a very compliant ride and a versatile interior. A bit pricey though and the double-DIN radio isn’t the greatest.

Permission to type OH EMM GEE! We loved the noisy antics and giant-killing attitude of its three-door ancestor and the new five-door Sport picks up where Daddy left off. The new Swift Sport proved to be a hugely entertaining and incredibly involving drive. Loves to be driven hard but won’t cost you the earth in fuel or speeding tickets. Everything’s been improved on slightly and we fought off the fleet manager for hours. Not only would we happily park one in our garage, this is our car of the year 2012.

Our first encounter with the V40 was a rather odd-looking specimen at the Leipzig Motor Show this year and we waited a while before a gleaming red T3 appeared in our drive. Followed by a rather more sedate D2 model, both V40’s looked amazing and were great to drive while a host of new technology was hidden behind Volvo’s minimalist and charming design.