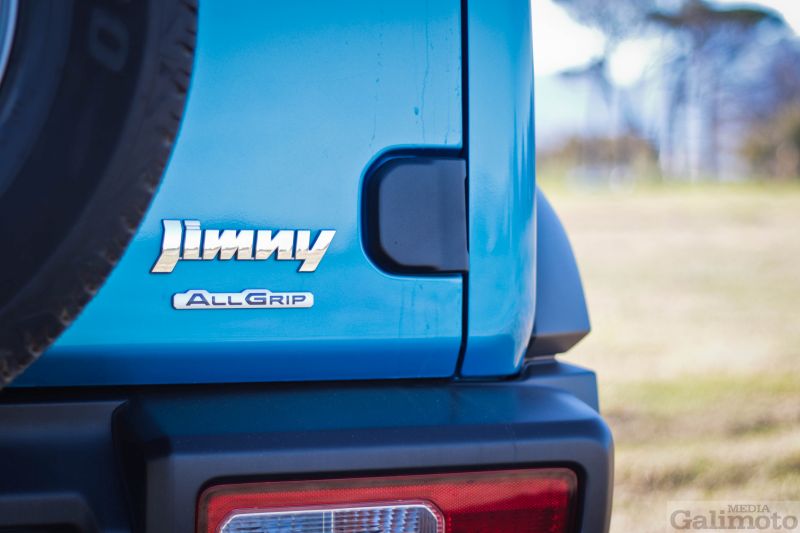 Punching above its weight

After more than twenty years, the Jimny has been replaced by this all-new fourth generation and it is better in every way; quite literally. Following, we will show you why the new Jimny is the perfect companion for two adventurous travelers.

The Jimny has a 49 year legacy, with the previous generation only being replaced after 22 years. There is a very well known reason for this as the Jimny exceeded all expectations, with more than 3.6 million units sold worldwide.

The reason is simple. Suzuki developed a niche vehicle, capable of travelling everywhere. From the smallest parking space in Cape Town to the biggest dune in Namibia, the Jimny has always been capable of anything.

Now, the new Jimny is longer (3.6 metres), wider (1.6 metres) and stands higher from the ground (210mm). The axles have also been pushed towards the edges of the car, making the new Jimny much more stable on the open road, as well as off the beaten track.

With an approach angle of 37 degrees, a departure angle of 49 degrees and a breakover angle of 27 degrees, a turning circle of less than 4.5 metres, as well as new technological inputs like hill descent and ascent control, the new Jimny is yet to be beaten on narrow and twisty tracks.

We absolutely adored the new Jimny as we tested it on some rough terrain in Nelspruit, but fell even more in love when the vehicle became part of our lives for a month in December 2018 (Afrikaans langtermyntoets / English report). The new 1.5 litre, four cylinder engine carries the 1,095kg body with ease, with a five speed gearbox also proving to keep fuel economy low (7.2 litres per 100km).

Inside, the Jimny has been made wider, allowing two people to sit next to each other with ease. There is also 30 mm more legroom for front passengers and 40 mm for the rear. While we have driven the vehicle with four adults, taking the Jimny on a road-trip with as many people might be problematic.

Ideally, the Jimny is very well suited for two people, who are eager to cross the border, in search of the Namibian desert or the muddy roads of Botswana and Mozambique. The rear seats can fold down to allow more than 1,000 liters of luggage space.

With two-wheel, four-wheel- and four-wheel (low) drive, the Jimny can drive everywhere (fitted on both the GA and GLX specifications). Its lightness may even put some seasoned 4×4 enthusiasts to shame.

We drove the Jimny with normal high profile road tyres. Bulging at 2.5 bars, it went through sand and mud with ease.

Now also boasting improved safety measures, the Jimny feels much safer on the open road. This is thanks to an improved cabin design. The interior also boasts a new infotainment system, easily connecting with USB, Bluetooth, Apple Carplay and Android Auto.

If you are thinking about travelling the beaten tracks of South Africa, Namibia, Botswana, Mozambique and Zimbabwe, the Jimny will be the perfect travel companion.