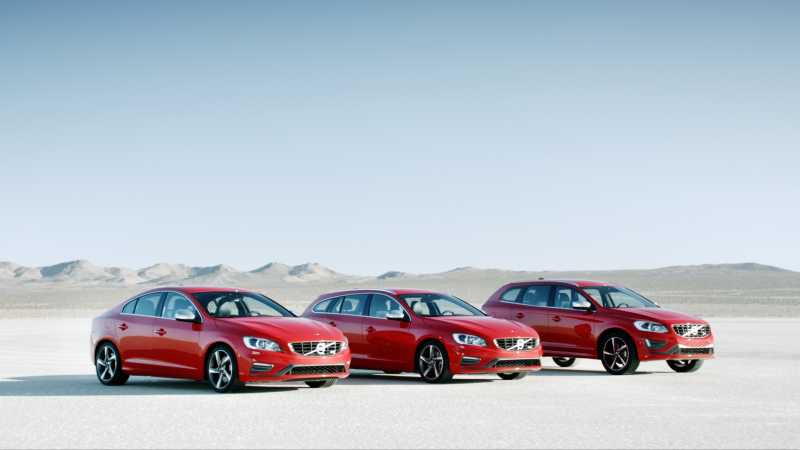 People. That’s who Volvo alleges their cars are made for. Until dogs or potted plants learn to drive, it may be a painfully obvious statement but, together with their hashphrase #MadeForYou, it does evoke warm fuzziness that this isn’t just another cold-hearted maker of mass transport.

Not that any modern Volvo comes close to being produced in hordes, spat off a conveyor belt with one of two colours and given just enough tech to last for five years of sheeple commuting. No. Part of the reason I’ve grown to love Volvos is that they are crisp, avant-garde, ulterior choices for individuals.

Almost every range has multiple body, engine, trim and colour choices which may confuse or irritate some people but I bah-lieve that’s what makes them special. You’re not buying a once-off crazy supercar but, given enough time with the order form, your Volvo may just be a one-off or indeed crazy.

This brings me to the new 60 Series launched last week by Volvo Cars South Africa. It’s more of an extensive revamp than all-new models and encompasses the mid-size S60 sedan, V60 estate and XC60 SUV. The most notable changes are visual and more modern touches a la V40 to both exterior and interior.

Volvo’s aptly-named three-60 presentation was as polished as it was comprehensive, highlighting the many features which grace the new cars. LED daytime running lights and revised front bumpers combine with more upright grills and pronounced headlights to aid every model’s looks and function.

New detailing along the flanks leads to cleaner rear ends with flush exhaust ports – all this adds even more style and sophistication to the S, V or XC appearance. The interior can be praised for much the same, Volvo’s new half-digital instrument cluster injecting all cabins with a bit of future tech.

Build and quality are superb while Volvo-specific trim levels and colour options allow you to customise any 60-Series car to your liking. You won’t mistake this for another brand, thanks to large-grain leather, swooping silver accents and that floating centre console with compact button layout.

The pin-sharp infotainment screen offers more settings for vehicle, communication and audio functions while the aforementioned instruments offer multiple trip information levels. The seats are utterly comfortable, steering wheels and turning radii are a tad large but all Volvo 60’s are superb to drive.

Refined suspension and power-train components offer a great mix of comfort and handling, no matter which model you choose. There are over 50 (yes, fifty) derivatives in this range and while some will be updated soon, all engines offer impressive performance and consumption.

The clever money is on smaller power plants like the T3 turbo-petrol or D4 turbo-diesel while speed demons should order the big T5 or T6 before they get consigned to the history books. Also most impressive was the potent D5 (turbo-diesel) I sampled in a V60 during the launch.

Depending on model and spec level, you may choose between six-speed manual or six-speed Geartronic automatic gearbox (shift paddles optional) and a few helpful extras like blind-spot and lane-keeping assistants, drowsiness warning, adaptive cruise control, cross traffic alert and rather clever lights.

Over and above Volvo’s unwavering safety kit such as airbags, multiple brake and emergency driver aids, the ingenious City Safety system can detect, warn about and possible avoid impacts with other vehicles, pedestrians and even cyclists at speeds up to 50km/h.

There are plenty more features and details so I encourage you to visit your nearest Volvo dealer to learn about these and the many, many models on offer. While some might find this sort of choice excessive or confusing it is proof that Volvo builds cars for every taste and person. In other word(s), people.