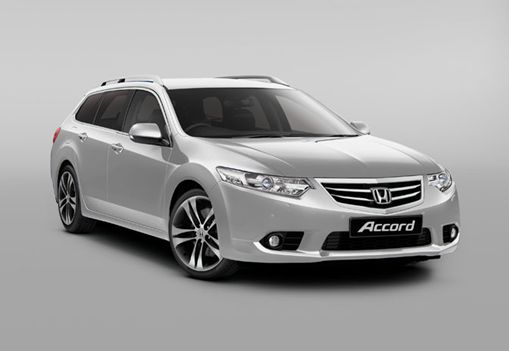 One of the most striking things about the motor industry is its diversity; not just in terms of products but the preferences of various regions. Every continent, nation, country, often even province is different from the next and what sells next door may not even feature on the newest local brochure.

In South Africa, the bakkie is king. Hilux, KB, Ranger, Amarok, Navara, Triton and others are clogging up the roads. By comparison, German streets are almost devoid of pick-ups and littered with station wagons (estates), usually of the four-ring variety and coated in dark grey.

The estate versions of sedans were shoved off our motoring scene first by Kombis (which ironically is what the Germans call an estate) and then by the invincible double-cab and its SUV brethren. With the promise of an active, outdoorsy lifestyle, the loaded station wagon with NAM sticker became a rare breed.

The Germans, Volvo and Honda’s brilliant Accord are the only station wagons left to fight about sales crumbs. Apologies, does my appreciation for estates appear slightly obvious? I’ve never owned one and don’t need one right now but I’d like to think that if such needs ever arrive, they’ll still be around.

The Accord Tourer and its sedan sisters were rejuvenated about a year ago and in the highest spec features cutting-edge tech like lane-keeping assistance, collision mitigation and radar-guided cruise control. There are areas where it seems a bit dated though, like its ever-so-cramped cabin and lack of satellite navigation.

The Accord also has a whacking great sound system with multiple CD and mp3/wma/USB/ipod capability, Bluetooth, heated front seats and dual climate control. The rear seats aren’t the roomiest but the massive cargo area makes up for that as it extends from 406L to 660L with said seats gooi’d plat.

Last-named was slightly disappointing and although it looks like the Accord Tourer can carry 500-odd kg of weight, it sank to its knees pretty quickly with a full complement of adults on board. I’m hoping that the soggy rear end was only a fault on our test vehicle, as these cars need to ferry more than that without fuss.

Something which operates with minimal fuss is Honda’s trusty old 2.4-litre in-line four-cylinder petrol engine. This 148kW (201hp), 234Nm unit is matched to a slick, short-throw six-speed manual gearbox to reach 100km/h in 8.5 seconds and a top speed of 222km/h.

The motor develops decent low and mid-range torque but in true Honda fashion, loves to scream its way into the 7,000rpm red-zone. Driven sensibly, Honda claims average consumption of 8.9L/100km and our average of 10 proves that it should be achievable.

Driving the Accord Tourer is child’s play with very responsive steering, a friendly clutch, comfortable suspension and that great all-rounder engine. The traction control is rather invasive when annoyed but can be de-activated for some fun, the car’s handling is commendable and parking is made easier by those park beepers.

Despite its sixth ratio, the Accord revs higher than its competitors at highway speeds. This doesn’t affect fuel consumption though and makes sure the engine isn’t too far from its mid to high-rev power reserves. Relentless rain and strong wind wasn’t a problem for the Tourer – it always felt composed and sure-footed.

The Accord in sedan or Tourer form has always been and will probably always be one of the motor industry’s most overlooked cars. Tourer prices start at N$404,400 and go through two engines (petrol or turbo-diesel), manual or auto gearbox and two spec levels to end at N$450,500.

That’s slightly expensive but still competitive when compared to its rivals. Included in the price is a 3-year/100,000km warranty and 5-year/90,000km service plan. A brief chat to any Honda dealer will also reveal that Accords (not just Tourers) are incredibly reliable and hold their value reasonably well.