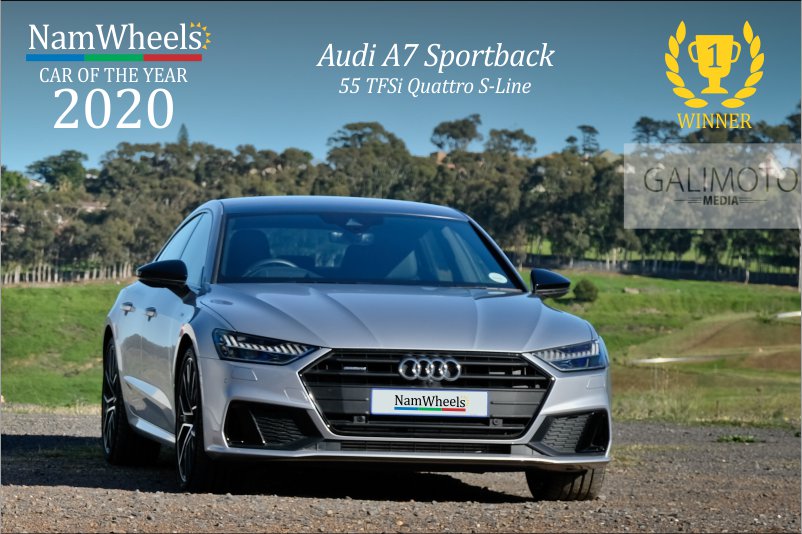 A total of 10 vehicles were selected as finalists by the publication’s journalists, chosen from the dozens of press vehicles they reviewed in 2020.

These are the vehicles in alphabetical order:

The final voting was left entirely to the public who were invited to like and/or comment on their choice. NamWheels also selected a random winner of an automotive hamper; for sharing the relevant post.

This competition received thousands of likes, comments and shares with the eventual winner being the 2020 Audi A7 Sportback 55 TFSi Quattro S-Line. Previous NamWheels Car of the Year winners include the Mitsubishi Pajero Sport, Toyota Hilux and Volkswagen Polo.