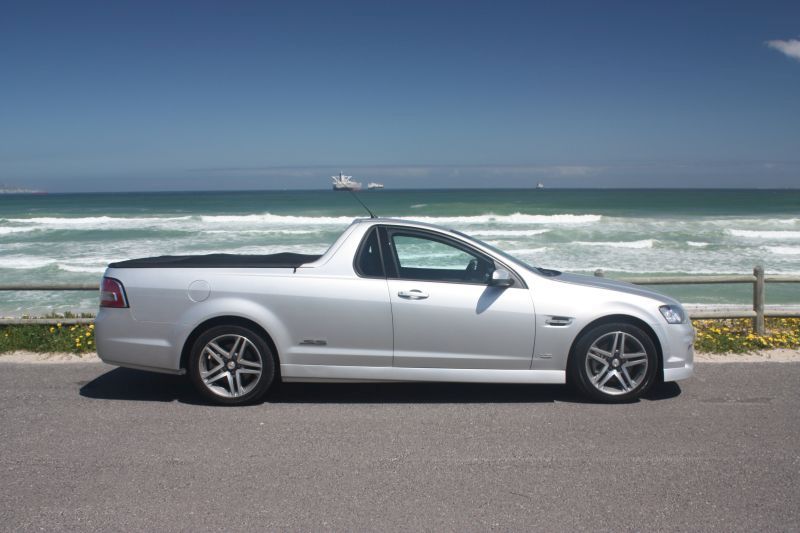 Let us guess. You are the kind of person who can identify most cars by their sound. You have seen every episode of Top Gear. You enjoy the smell of freshly-burned rubber. Petrol attendants start dancing when they see you coming and the local tyre retailer knows you by your first name. You need a list of cars that’ll excite you. You need this top5…

1) Chevrolet Lumina UTE SSV
By far not the most powerful (or current) car here, the last Chevy Lumina we tested – a silver SSV bakkie with a six speed manual gearbox – certainly left a lasting impression. And some black stripes on the road. With so much torque going to the feather-light rear end, burning rubber is child’s play.

What we didn’t expect was wheel spin into second, third AND fourth gear! Don’t believe us? We have the video to prove it:

2) Renault Megane RS 265 Trophy / Cup
If passenger reactions are anything to go by, this 265 horsepower Renault deserves its place on this list. Unsuspecting co-drivers will shriek, yodel or giggle once full throttle is applied to the Megane’s growling engine.

However. When even seasoned passengers start grabbing your leg because you’ve just torque-steered across two lanes, you know that you’re driving a scary car. The RS / 265 models border on over-powered. Also try: Ford Focus ST or Opel Astra OPC

3) Jaguar XF-R
This previous-generation Jaguar XF used the company’s brutal 5-liter supercharged V8 to produce in excess of 500 horsepower – and mountains of torque from idle speeds. It’s also the smallest sedan in which you’ll find this vicious engine. Although the XF-R can behave itself nicely, that instant torque can give everyone the fright of their lives. The only thing that came close to this instant savagery was the old (supercharged) Mercedes-Benz E55 AMG. Also try: Mercedes-AMG E63

4) Mercedes-Benz S65 AMG Coupé
630hp. 1,000Nm. Merc’s flagship Bi-turbo V12 should be much higher up this list but it’s incredibly refined and easy to drive. The real danger is when you unleash all that power for longer than you should… 0-100 takes less than five seconds but it’s the big car’s in-gear acceleration which is utterly scary and illegal. Nothing much will keep up with you on the highway… in supreme luxury and with a concert-grade soundtrack. Also try: S63 AMG or a nuclear explosion

5) Audi S1 Sportback
After stuffing a very beefy engine into their smallest car, Audi had no more room for the acclaimed DSG automatic ‘box so every S1 is manual. Despite quattro, it can get skittish under full throttle, much like the Astra OPC, Focus RS, Megane RS, etc. What secured it the final spot on our list is that it sometimes attempts to wrestle you into a different lane at triple-digit speeds. That’s right, this thing torque-steers at 120km/h! Also try: Polo GTi Manual