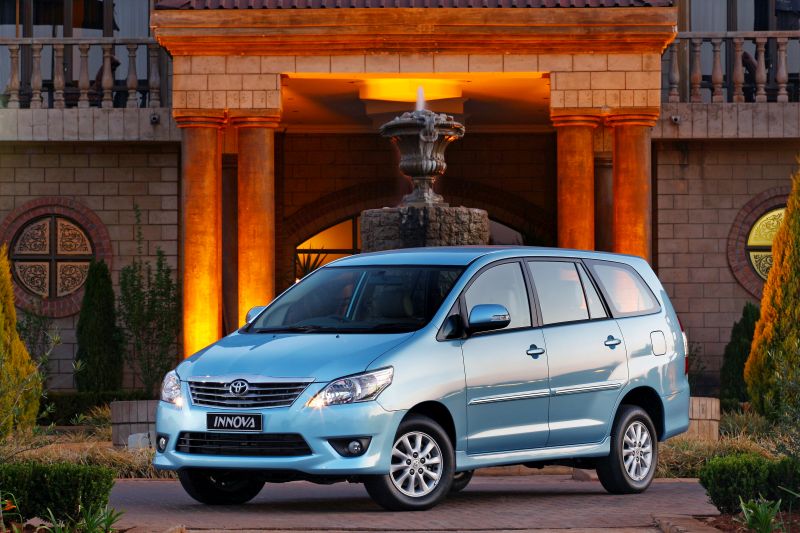 Toyota is on the rebound after a few reliability niggles landed them on the wrong end of a witch hunt. Old foes and new competitors are clawing at market share so the Japanese giant had to think fast and aims to fight back with increased quality and quantity of products.

A recent trip to the Jo’burg Motor Show confirmed this new strategy and even hardened motoring scribes had to admit that some of the newcomers are uncharacteristically cool, especially for Toyota. The new Innova MPV is far from cool but it has a few other tricks up its considerable sleeve.

The first may be the badge, if hushed voices are to be believed. Stick a Toyota emblem on a Daihatsu and it will sell – see the Avanza. More importantly though, many Namibians love and trust their Toyotas because the products have an enviable reputation and an enviable number of dealers nationwide.

A very close second would be the price, but I’ll get to that a bit later. Hot on its heels is the technology: forget cutting-edge, forget super-gadgets. Think tried and trusted, think no-nonsense engineering; based on Toyota’s IMV platform which also serves Hilux, Fortuner & Co.

This means that the Innova may look like a people-mover but is actually a bakkie in drag. It’s got rear-wheel-drive via a wonky five-speed gearbox attached to an old-school 2.7 VVTi Hilux engine. Laugh or complain all you like but consider this platform’s reputation before you do…

I wanted to describe the new people carrier as ugly but the truth is I can’t. Its wheels may be a little on the small side, the panels a notch too big, but the car doesn’t look all that bad. It should stay away from beauty contests, unless they are titled Miss Hotel Shuttle. In which case, nobody would win.

The Innova’s design is clean, simple and uncomplicated. Its IMV heritage also endows it with reasonable ground clearance (168mm) and allows the huge body to fully exploit the long wheelbase. Toyota SA only offers one engine and gearbox combo, but two models with varying seating configurations and specification.

An 8-seater setup uses three-seater benches at the middle and back while the more luxurious 7-seater version swaps the middle bench for two individual chairs. Latter vehicle also gets leather, alloy wheels, extra silver and wood trim and a rear parking monitor.

The driving experience is equally adequate and should serve MPV purposes just fine. Power is 118kW (160hp) or 241Nm from the square four-cylinder petrol motor with a combined fuel consumption of 11.2L/100km and CO2 output of 265g/km.

Double wishbones with stabiliser bars at the front and a four-link setup at the rear offer a predictable and reasonably comfy ride. “Reasonably”, because rear passengers can suffer over choppy, uneven surfaces. All seats have seatbelts and the Innova also offers two front airbags and ABS brakes as standard.

It may not be the prettiest or newest, nor is it the fastest or most exciting vehicle to drive but it wages into battle with trusted tech, the right amount of space and spec, the right badge and the right price.