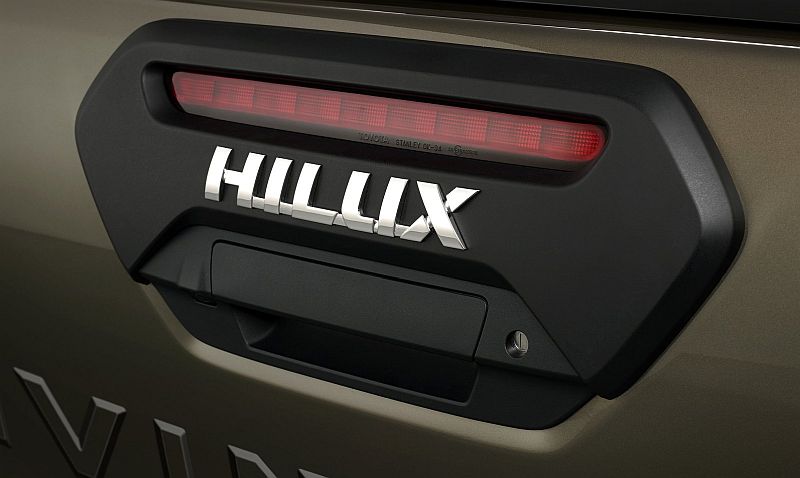 How do you sum up one of the world’s most popular vehicles? Easy, step by step with a bit of detail for each generation…

This first generation is – by now – a very rare sight on Namibian or African roads. The original series came as a front-engined, rear-wheel drive pickup with a four-speed manual gearbox and various in-line four-cylinder petrol engines.

The next generation of the planet’s most popular bakkie arrived in the early 1970’s with a similar layout: two doors, front-engined with power going to the back wheels. Manual gearboxes now included a four- and (optional) five-speed version while some markets offered the luxury of a three-speed automatic transmission.

Power still came from trusted straight-four petrol motors, ranging in size from 1.6, 2.0 to 2.2 litres of displacement. The latter unit arrived in conjunction with a big spec update in 1975.

This is probably one of the most legendary Hilux versions and you’ll spot plenty of these old donkeys still working hard in the dry and arid regions of our beautiful continent. The main reason for their popularity was the 4WD (four-wheel drive) derivative which appeared early in 1979. Engine sizes ranged from 1.6 to 2.4L petrols.

For the first time ever, this range also included a sturdy 2.2 in-line four-cylinder diesel motor (introduced later in 1979). Gearboxes were offered as before, in a choice of four- or five-speed manual or a three-speed automatic. N30 was the standard 2,585mm wheelbase model, N40 denoted the longer models (2,800mm).

The mid-eighties saw many innovations for the 4th gen Hilux, most notably new body styles. Next to the usual standard and long-wheelbase single cab pick-up bodies, buyers could now opt for an Xtracab (extended cabin) or the extremely practical double-cab option.

Power came from a range of four-cylinder petrol or diesel engines with turbo-charging added to later models. Southern Africa did not get the V6 petrol or turbo-petrol motors offered in other markets. A newer four-speed auto’box replaced the three-speed option in some overseas countries.

South Africa (and indeed, Namibia) kinda skipped over generation five as the RSA kept building gen four until 1997 and the introduction of generation six.

Close relations of this model include the Hilux Surf and Toyota 4Runner, of which you’ll see the odd grey market import around Namibia and other southern African countries.

These models still enjoy a devoted following in southern Africa; almost to the point of collector status. Their rugged reliability was driven by various petrol four cylinders (2.4 or 2.7) while other markets got a 2L option or even a 3.4 V6. Diesel power came in sizes from 2.4, 2.5, 2.8 to the legendary 3.0 KZ-TE.

This model range was obviously available in a range of normal or long wheelbase, two or four door cab, “Xtra cab”, rear- or all-wheel drive with the choice of a five-speed manual or four-speed automatic gearbox; depending on regional availability. The 4Runner and Hilux Surf relation continued with this model.

The previous generation of Hilux enjoyed a long ten-year production run and hence you’ll find plenty of examples in every corner of the African continent. The world’s favourite pick-up truck was in such high demand that Toyota had factories producing gen seven in Argentina, Malaysia, Pakistan, South Africa, Thailand and Venezuela!

The usual body styles were all there, from single-cab 2WD to double-cab 4WD and Xtra-cabs in between. The front-mounted engines ranged from 2L and 2.7L four-cylinder petrols to 2.5 or 3L D4-D turbo-diesel four pots as well as – hurray – a 4L petrol V6. That model is especially dune-worthy with the optional four-speed automatic gearbox.

Its most notable offspring are the Toyota Fortuner SUV and Toyota Innova MPV.

The new Hilux appeared in 2015 with all the modern styling and communication features demanded by new-age bakkie drivers. It’s still a durable workhorse underneath with similar engine choices to the model that preceded this one.